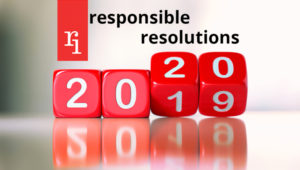 Responsible Resolutions: This is the latest article in a series from sustainable finance practitioners about their hopes for the New Year.

It’s clear that 2020 has to be the year when the global financial system makes the irreversible shift towards alignment with climate security and sustainable development. One of the keys to success will be a significant increase in finance for the just transition – a transition which delivers a resilient and zero-carbon economy that is fair for all.

Political support is growing fast, with 46 countries committing to introduce national plans for a just transition as part of efforts to ratchet up their climate efforts. Investor commitment is mounting too, with 159 institutions with $10.1 trillion in assets now backing a statement of support led by the PRI.

More and more, the just transition is seen as not only the right thing to do, but also as essential to build the public support for transformational change. Without this, climate action could stall, warns the UK’s Committee on Climate Change. The just transition provides vital ‘connective tissue’ between the environmental and social dimensions of change, a focus that fits well with the strategy being designed by Claire Perry O’Neill, incoming president of the COP26 summit in Glasgow. The former UK Minister of State for Energy and Clean Growth has pledged to take an “all of society” approach to building the global coalition for change that’s needed.

"The next frontier for sovereign bonds is to ringfence proceeds for activities that support a just transition."

These ambitions for a just transition now need to be financed, using all the tools at our disposal across every asset class. Institutional investors can use their investments in corporations across the globe to ensure that just transition measures are put in place through dialogue with workers and their unions as well as local communities. Already shareholder engagement on the just transition is starting to get underway.

Capital will be needed to make sure that the phase-out of high-carbon sectors does not leave affected workers and communities behind, funding reskilling and regional revitalisation. It will require a boost to investments in the growing green economy, ensuring that this also delivers decent working conditions and positive social spill-overs. And it will also mean finally achieving universal access to clean energy in the developing world as well as ending the scandal of fuel poverty in industrialised economies.

Much of this finance for the just transition will need to come from the public sector, not least to deliver priorities that the market is unable to provide in sufficient quantities, such as clean tech R&D, skills and training, building retrofit as well as regional economic development. Of course, funding for these initiatives comes in large part from savers and investors who buy the bonds issued by development banks, cities and regions as well as sovereign bonds issued by national governments, many of which are ramping up issuance linked to climate action.

Sovereign bonds – a pivotal asset class for the just transition.

Chile is the most recent convert, raising USD$1.4bn and €861m in 2019 and winning the lowest yields ever obtained in primary issuances in both currencies at the respective maturity.

The next frontier for sovereign bonds is to ringfence proceeds for activities that support a just transition. This would have a powerful signalling effect across the financial system on the importance of the just transition as sovereign bonds are a ‘universal asset’, held by every financial institution (including central banks). It would show other issuers what could be done to connect the environmental and the social. It could also raise well-priced funding for the just transition at a time of ultra-low rates.

A sovereign just transition bond would bring together the classic climate initiatives backed by green bonds as well as the human dimension of the transition underpinned by the more embryonic field of social bonds.

The International Capital Market Association’s (ICMA) social bond principles already include many of the key areas of the just transition such as education and vocational training, affordable housing, employment generation as well as socio-economic advancement and empowerment.

Joining the dots between the two is the small, but fast-growing category of sustainability bonds, which channel funds to both green and social projects.

In many ways, just transition bonds by sovereigns (and indeed other issuers) would be a high-impact example of a sustainability bond.

Integrity will be critical to win market support and avoid ‘just transition washing’.

A just transition sovereign bond would not finance any social activity, but only those linked to climate and the wider ecological transition. This could include workplace and community initiatives in areas that have already seen or will experience a decline in high-carbon sectors. In regions dependent on coal, for example, the World Bank has highlighted that substantial public spending is often needed to fund retraining, enhanced social welfare, early retirement and environmental remediation. This requires investment levels often beyond the capacity of affected regions, making flows of capital from the national government via sovereign bonds highly relevant.

Governments wishing to back their commitment to the just transition with a sovereign bond issue can find inspiration from a number of sources, in particular from leading public finance institutions. In France, for example, the framework developed by Caisse des Dépôts for its green, social and sustainability bonds is ready-made for the just transition, stating the shift towards a resilient, low-carbon and respectful of the biodiversity economic model “must be fair between all citizens”.

At a sub-national level, the German state of North Rhine Westphalia has implemented a robust sustainability bond framework, targeting proceeds at a wide range of activities to boost social inclusion and environmental regeneration.

And Spain’s development bank, ICO, has also issued a social bond with strong resonance with the just transition, using proceeds “to finance SME projects in those regions where income per capita is below the national average”, which could include those impacted by the climate transition.

Who could lead the pack?

In Europe, countries that could take a lead include sovereign green bond champion, France as well as Germany and Spain who have committed to issue sovereign green bonds in the future. Both of these countries have put in place comprehensive just transition plans for their coal industry; Spain also co-chairs the ‘Climate Action for Jobs’ initiative along with Peru. In the developing world, possible pioneers include Fiji, Nigeria and Indonesia which have already issued sovereign green bonds, as well as Cote d’Ivoire and Ghana who are exploring the idea. All five countries have made high-level commitments to the just transition.

There’s one more country that could also be a pioneer and that’s the UK. To date, the UK has decided not to issue a sovereign green bond. But a just transition bond would resonate with the new government’s commitment to deliver a net-zero economy and its pledge to ‘level-up’ conditions across the country. Issued in the run-up to COP26, a UK just transition sovereign bond would demonstrate how urgent climate action can bring broad-based benefits, a key confidence-building ingredient for success in Glasgow. 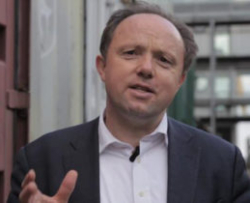 Thanks to Sharon Burrow, Sean Kidney, Sophia Tickell, Prashant Vaze and David Wood for their inputs to this article.