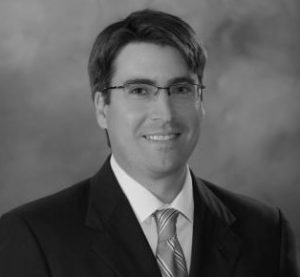 Michael McCauley, who heads corporate governance at the $194bn Florida State Board of Administration (SBA), which runs the assets of the state’s retirement system, has taken over from Triodos’ Erik Breen as chair of the International Corporate Governance Network (ICGN).

The appointment of McCauley, who is Senior Officer – Investment Programs & Governance at the SBA and former chair Council of Institutional Investors, comes as the ICGN holds its annual conference in Kuala Lumpur this week, hosted by KWAP (the Kuala Lumpur Retirement Fund).

“On behalf of all ICGN members, I would like to thank both Erik Breen for his significant contribution to the ICGN over the last several years, most recently as Chair of the board, and also Phil Armstrong who has provided critical input and guidance as Vice-Chair.”

Breen, who took over as Head of the SRI Business Line at Triodos Bank from Eric Holterhues earlier this year, had been chair of the ICGN since 2014.

The event saw the release of the fourth edition of the ICGN’s Global Governance Principles.

Among the revisions is a strengthening of its position on ‘one-share-one-vote’ – with an emphasis that divergence from this “should be avoided”.And there’s a new principle stating that companies should confirm to shareholders whether or not their votes have been validly recorded and normally counted.

McCauley’s appointment comes as the SBA is facing political pressure over so-called Venezuelan ‘hunger bonds’. The issue relates to Goldman Sachs’ purchase of $2.8bn of bonds from the country’s state oil company.

Governor Rick Scott – a trustee of the SBA – has said he would bring forward a proposal that would prohibit the state from doing business with any organization that supports the Maduro regime. And State Senator José Javier Rodríguez wrote to SBA Executive Director Ash Williams last week saying he too planned to file legislation seeking to divest the state from companies that invest in regime.

“However, I respectfully urge you and the SBA,” Rodriguez wrote, to “use you authority in advance of possible legislative action to immediately initiate the process of ending all financial arrangements between the State of Florida and Goldman Sachs that are within your purview.

“In the meantime, I also request that the SBA use any proxy voting power or other shareholder means to express Floridians’ concern with this troubling purchase.” Williams had earlier responded to a request by Rodriguez to outline the SBA’s relationships with the investment bank.

The SBA has a Master Repurchase Agreement and various swap arrangements with Goldman, Williams disclosed. It also holds $147m in Goldman shares and $171m of its bonds. It paid it $1.8m in fees in the 2015-16 fiscal year.