Responsible Investor
Home News & Analysis Governance For want of a paperclip a vote was lost: the archaic US...
Return to search
Institutions 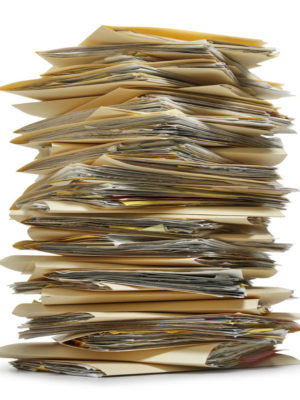 Part one of a two-part look at a system where investors’ votes can go missing… for decades in some cases.

At the recent meeting of the Investor Advisory Committee – a body set up at the Securities and Exchange Commission as part of the Dodd-Frank Act – a tale was told that shows the archaic nature of the US proxy process.

Brian Schorr of Trian Fund Management told the story of one retail shareholder who tried to vote their shares at the contested Procter & Gamble AGM.

It turns out that the legal proxy and ballot, both necessary items for a vote to be counted, had become detached… due to the lack of a paperclip.

Ironically, Broadridge, seen by many at the event as the problem, might actually be part of the solution, but more of that later.

Commissioner Kara Stein kicked off the meeting by encouraging the committee and the SEC to “get going on blockchain and the universal proxy card”.

It was “unacceptable” that voting results went back and forth for months after the meeting.

David Katz, a partner with Wachtell Lipton Rosen & Katz, prefacing his remarks with an attack on ISS and Glass Lewis, detailed the problems caused by investors lending shares and either not voting all of the shares they hold, or overvoting.

He also voiced concerns over the universal proxy card which at the moment might prevent shareholders from being able to split their vote, though the Council of Institutional Investors’ Ken Bertsch offered solutions to this issue.

The panel then moved on to the contested and expensive P&G proxy.

There are some 2bn shares at P&G, but just a fraction made the difference between a yes and no vote to place a dissident shareholder on the board.

The sheer volume of proxies going out, the consequent multiple voting, then more votes at the meeting, made overvoting an issue, and many of those votes could not be verified because of problems with the chain of custody.

Trian’s Schorr related a story of one fund’s votes not being counted for over a decade as its portfolio was excluded because of chain of custody problems, and another where a custodian’s shares were not voted because of a name change.

Schorr too felt that the universal proxy card which would give everyone the same choices should remove most of these problems.

Deborah Majoras, P&G’s chief legal officer (and former chair of the Federal Trade Commission) complained that in a contested election Broadridge “doesn’t allow proxies to be delivered electronically”, though, again, more of that later.

She noted that when directors receive 90% of the vote mistakes don’t matter, but in a contested election mistakes can be disastrous.In many instances, postal proxies are handled by brokers and no one knows whether they actually reach the shareholder.

This is a real problem because something like 40% of P&G’s investors are individual shareholders; and the problem of postal proxies becomes even more difficult for overseas shareholders. She also complained that the notice of the preliminary vote tally also causes confusion because these votes have not been confirmed or reconciled and can often present the wrong count.

Arthur Crozier, chairman of Innisfree M&A, said that the best way to increase voter participation is to allow firms like his to solicit more individual shareholders. “Modifying the current rules to facilitate more individuals becoming NOBOs [non-objecting beneficial owners, who are the opposite of OBOs, who are shareholders who have objected to the disclosure of their identities and share positions] could increase voter participation. Establishing a process whereby companies could solicit proxy votes directly from individual holders rather than through broker intermediaries could also substantially increase participation,” he said. He called for fewer breaks in the custodial chain, universal proxy cards, and for NOBOs being given authorisation to vote their shares by brokers.

John Zecca from NASDAQ also complained of the cost of the proxy process because of the need to use so many intermediaries and the lack of information on shareholders contacts through the NOBO/OBO issue. He also shared the exchange’s successful use of blockchain in Estonia and South Africa.

IAC member Heidi Stam, formerly of Vanguard, and Stein, the only commissioner who attended the full meeting, both asked how this could be done quickly.

The ‘low hanging fruit’ suggestions were: email voting; reconciliation prior to the preliminary proxy results; more people becoming NOBOs; making the record date [the date on which shareholdings must be proved] more public to prevent overvoting and undervoting; and making sure that lent shares could be called back so they could be voted.

At the moment, the record date just goes to Broadridge and other voting intermediaries. This lack of publicity had huge consequences for CalSTRS, said chair Anne Sheehan (formerly with the fund), on the BofA/Merrill Lynch vote, and the fund decided that it had to ‘guess’ record dates from past practice for future votes.

Others called for an assembly of all involved parties in one room so that there could be some understanding of the welter of input, as well as an understanding of all the rules the intermediaries have created, as well as state level and federal regulations. The universal proxy card was again cited, while Majoras asked for clarity on “what is law and what is just practice and habit”.

The second part of this article will look at the role of Broadridge.