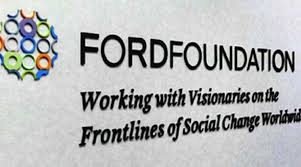 The Ford Foundation has today announced that it is committing $1bn of its $12bn endowment over the next ten years to ‘mission-related investment’ in affordable housing in the US and access to finance in emerging markets.

In an essay outlining the move, Darren Walker, president of the Ford Foundation said: “As a global foundation committed to fighting injustice, it is not lost on my colleagues and me that the very same systems that produce inequality also created our endowment…since our mission has been funded by returns on our endowment, we have come to believe that we have a special responsibility – and unique opportunity – to help influence the very markets that allow us to operate.”

The commitment, the largest ever by a private foundation, could be a signal for fellow foundations. Mission-related investment has been gaining attention since the US Treasury in 2015 clarified that foundations can consider their mission as part of meeting prudent investment standards, removing concerns about meeting fiduciary duty.

This move, along with attention from mainstream players such as BlackRock towards impact investment have also been catalysts for the Ford Foundation’s commitment, Walker said in a conference call.

Xavier de Souza Briggs, vice president for the foundation’s Economic Opportunity and Markets program, will be responsible for overseeing a team of investment professionals dedicated to managing the MRIs.On a conference call, he said the money would be allocated to a variety of fund managers specialised in impact investment aligned with its mission and core values of diversity and inclusion.

Asked by Responsible Investor whether diversity requirements would be part of investment mandates, Walker said it would seek diversity in managers and it would be a factor in determining the deployment of capital.

The foundation will also seek to track and publicise the performance of their MRIs to form benchmarks to share with the impact investment sector.

Walker said if its MRIs exceeded expectation it could increase its $1bn allocation over the 10 years. He added that the gradual move of some endowment resources to MRIs would have little to no impact on its grant making budget – which by law must be at least 5% of endowment values.

The Ford Foundation already has money allocated to financial inclusion and affordable housing through its program-related investments (PRIs), a field pioneered by the foundation in the 60s where grantmaking budgets are used to make loans or equity investments at below-market rate. Last year, the US government provided more clarity around PRIs.

The Ford Foundation, founded in 1936 by carmaking dynasty, has made more than $45bn in grants to causes such as the creation of public broadcasting and children’s TV show Sesame Street and civil rights and women’s movements in the US.