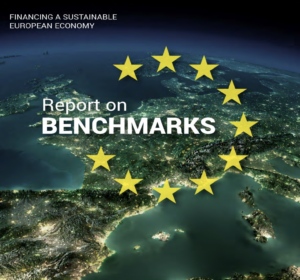 The EU’s Technical Expert Group on Sustainable Finance (TEG) has recommended certain coal, oil and gas companies for exclusion from its planned Paris-Aligned Benchmarks – a tightening of requirements that came about off the back of market feedback.

The TEG ultimately hopes that new benchmarks will help guide institutional investors’ strategic asset allocation (SAA), a hot topic given recent work on the issue by the Principles for Responsible Investment and others. They are a key pillar of the EU’s Action Plan on sustainable finance.

The expert group’s interim report on benchmarks, which went out for feedback in June, had originally recommended no climate-related exclusions for the Paris benchmarks or Climate Transition Benchmarks (‘PABs’ and ‘CTBs’ in the jargon) – two climate benchmark categories which were themselves more ambitious iterations of the formerly proposed ‘Low-Carbon’ and ‘Positive Impact’ benchmarks.

But the final report, published yesterday, recommends the exclusion of companies deriving 1% or more of their revenues from coal, 10% or more from oil, and 50% or more from natural gas exploration or processing.

It also recommends the exclusion of companies deriving 50% or more of their revenues from electricity generation with a certain level of greenhouse gas (GHG) intensity of lifecycle emissions.

It explains the exclusions are “justified by the level of ambition of EU PABs”.

The main users of the CTBs are envisaged to be “institutional investors such as pension funds and (re)insurance companies” who want to protect their assets against investment risks related to climate change and the transition to a low-carbon economy.

The technical advice on carbon intensity for climate benchmarks clarified that there is no minimum standard on the GHG intensity of individual assets constituting the index. This final report will serve as a basis to the drafting of delegated acts by the Commission, which are expected to be adopted by early 2020.

The report says one of the main aims of the new benchmarks is to allow a level of comparability of climate benchmarks methodologies while leaving benchmarks’ administrators (i.e. index firms) with flexibility in designing their methodologies. It’s also hoped they will “disincentivize greenwashing”.

Based on feedback from stakeholders, the report also scrapped expectations for private equity/debt benchmarks to disclose their alignment to the UN Sustainable Development Goals “due to the lack of widely accepted frameworks for the mapping of economic activities to the SDGs”.

The interim report had recommended that index providers be required to disclose a variety of ESG data for their mainstream index constituents.

She told RI that another aspect that was discussed at length was to do with carbon intensity calculation, and what the denominator used should be.

The interim report had recommended ‘total capital’ be used, but according to Philipova, “after analysing across industries, we found out it doesn’t represent the company’s size and footprint well for certain sectors”.

She said an example of this was IT companies “where a lot of the value is not tangible and they tend to get distorted intensity numbers”.

Although the market feedback “overwhelmingly” was to use revenues, Philipova said: “Using ‘revenues’ gave unjustifiable benefits for coal producers, and that’s certainly something we don’t want to do.”