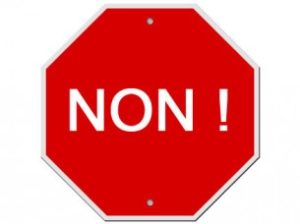 France is collectively away on holiday during August. So while the country is sunning itself, it’s a good idea to talk about something the French don’t like to discuss too much in public: money!
Renault’s ‘non’ on pay in this year’s AGM season led to the board reducing CEO Carlos Ghosn’s remuneration. The company announced in July that it would be applying a further reduction to Ghosn’s annual bonus (another 20% down) and would be strengthening the application of performance targets. Ghosn also announced that he would be contributing €1m each year to the Renault Foundation.
Another ‘non’ on Pay came just before the end of the consultation period on the proposed changes to the AFEP–MEDEF (France’s business chamber groups) governance code. The French government, along with other Alstom SA shareholders, voted against the €6.6m awarded to former CEO Patrick Kron. About 62% of shareholders opposed the pay package, while a majority approved the pay for new CEO Henri Poupart-Lafarge. According to a Bloomberg report, a representative of the body managing the government’s holding said that Kron’s pay did not “conform to the doctrine of the state”. In line with AFEP–MEDEF’s proposed changes, Alstom’s board said it would “assess the reasons for this vote” and “meet within a reasonable time frame” to consider what actions need to be taken.
Of course, the government also voted against Ghosn’s €7.2m recent remuneration, which received a non-binding majority vote against in April. His total package included €1.23m in base salary, €1.78m in variable pay and a further €4.18m in deferred bonuses and stock. It voted against the pay of Peugeot’s CEO Carlos Tavares too, which almost doubled to €5.2m in 2015, though the majority of shareholders did not follow suit. The French government has a 3.7% stake in Peugeot and a 19.7% stake in Renault.In May, French president François Hollande said that he may legislate to make shareholder votes on executive pay binding if company boards continue to ignore shareholders’ recommendations and the governance code. Prime Minister Manuel Valls also said that companies should be forced to abide by negative votes on pay.
A couple of days after these pronouncements, AFEP–MEDEF announced revisions to France’s corporate governance code based on work by the Haut Comité de Gouvernement d’Entreprise (HCGE). The HCGE was given oversight of the application of the code’s recommendations. The revisions to the code were made in three areas. The first touted that a negative vote by shareholders will force the board to make changes to remuneration awarded for that fiscal year or to future pay. Secondly, it proposed increasing transparency surrounding performance metrics for incentives, which should be “stringent, transparent, and aligned with the long-term interests of the company”. Stricter rules surrounding departure packages, like the one rejected at Alstom, were also proposed. AFEP–MEDEF said revisions to the code will also require boards to react to negative votes by offering changes to pay within a few weeks, as well as reporting back to shareholders on those changes at the next annual general meeting. AFEP–MEDEF conducted a consultation on the proposed changes, which ran to 8 July. The issuance of the revised code has been postponed until a bill (Projet de Loi sur la Transparence de la Vie Économique) which is being discussed by the parliament is adopted – likely in October this year. The bill contains legislation that may affect the code’s provisions and the code may have to be rewritten to be in accordance with it. Although they came too soon after Hollande’s comments to be inspired by them, the proposed changes were widely seen as AFEP–MEDEF’s attempt to avoid legislation.