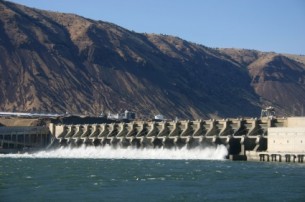 The €29bn ($40.5bn) French pensions reserve fund (FRR) has made one of the world’s most explicit carbon offsetting commitments by a pension fund by investing in a hydro power project in Mexico to compensate for the equivalent of 700 tonnes of CO2 it emits every year. In a relatively rare move by a pension scheme, FRR recently underwent a carbon audit by EcoAct, a Paris-based environmental consultant, which found it emitted the equivalent of 700 tonnes of CO2 during the year 2008. The sum comprises FRR’s own building and energy emissions, the global travel of its own staff and that of visitors to the fund such as its asset managers. The fund said it had subsequently decided to go ‘carbon neutral’ by investing in the hydroelectric project in Trojes in Mexico. FRR’s investment will contribute to the installation of an electric turbine at an existing dam complex, which in turn will lower dependency on electricity from other more polluting power stations. The fund said the investment would also contribute toeconomic development in the Trojes area. The Mexican hydro project generates carbon credits administered under the United Nations Voluntary Emissions Reduction programme implemented under the Kyoto protocol. FRR said it had implemented the carbon-offset programme in association with Sagacarbon, a subsidiary of France’s Caisse des Dépôts, the government treasury management group. Sagacarbon trades on both Bluenext, the Paris-based environmental trading exchange. founded by NYSE Euronext and Caisse des Dépôts, and the European Climate Exchange (ECX) in London. Separately, the fund is also tendering for five global bond managers to manage between €4-5bn, which are a renewal of existing bond mandates.
FRR has been ramping up its work on climate change in recent months. It recently completed an initial report on its implications for strategic asset allocation, which included looking at the potential for introducing new asset strategies such as carbon trading.