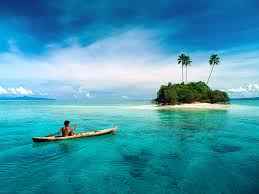 The Paris-based public service additional pension scheme has announced an open call for tenders as part of a “mandate renewal process”.

The aim is to outperform the MSCI Pacific index over the long term. The fund said that equities will be selected “based on fundamental analysis of companies and on regular discussions with their managers”.

ERAFP said: “In line with the board’s decision to implement an exclusively socially responsible investment (SRI) policy, investments will have to be made with a long-term outlook and be consistent with ERAFP’s SRI approach.

“Issuers [companies] will be evaluated using ERAFP’s own SRI frame of reference and selected in accordance with the best-in-class principle. Portfolio companies will be required in particular to comply with international standards on human rights, employment rights, the environment and market conduct.”

The investments will be made in Australia, Hong Kong, Japan, New Zealand and Singapore. The fund added that around €400m will initially be entrusted to two asset managers, with a third to be awarded a stand-by mandate.The initial term of the mandates is five years, with the option three one-year extensions.

ERAFP was formed in 2005 and makes its investments in accordance with SRI principles adopted via a five-point SRI Charter dating from 2006. It is one of the largest public pension funds in the world with nearly 4.5m beneficiaries and close to €1.77bn in annual contributions.

Earlier this month, RI reported that the French government raised ERAFP’s 25% equity allocation limit at ERAFP to 40% with the possibility to invest in private equity for the first time.

It could mean the scheme putting an extra €5bn into public equities by 2020.

ERAFP is at the forefront of institutional responsible investment; it was recently, for example, among a core group of investors to back the ‘Montreal Pledge’ committing investors to measuring and disclosing the carbon footprint of their portfolios annually.