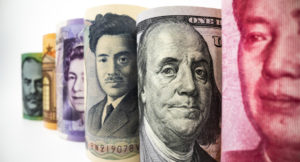 BMO Global Asset Management has pulled its Sustainable Universal MAP funds out of Microsoft citing concerns about the potential use of the company’s products for military purposes. Microsoft’s HoloLens augmented reality system can be altered for use in conflict, and BMO portfolio manager Simon Holmes told Investment Week that “despite the fact there are some good things about [Microsoft]…we felt that because its weapons exposure had increased, it was no longer suitable for a sustainable project”.

Canadian pension fund Caisse de dépôt et placement du Québec and asset manager Cascades have sold their shares in European recycled cardboard firm Reno de Medici for around €365m. The interest, around 67% in total, has been acquired by Apollo Funds’ subsidiary Rimini, which plans to buy the remaining stake in the company later this year, with the aim of delisting it.

The renewables platform of Egyptian financial services giant EFG Hermes has raised $200m for its fourth fund. Vortex Energy is targeting $750m for the vehicle over the next two years, and has so far attracted the backing of EFG Hermes and sovereign investors and family offices in Abu Dhabi, it said. It will invest in energy generation and storage, supply and demand-side energy services and electric vehicle charging facilities across Europe, North America, Latin America and Australia.

German asset manager DWS has launched a debt fund for European sustainability-themed infrastructure sectors. The strategy will make up to 15 private investments, targeting a net yield of 3.5%. Around 70% will be in senior notes and 30% in junior notes.