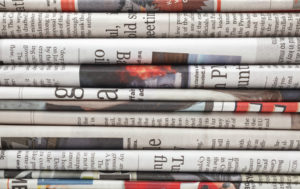 Canadian pension fund Caisse de dépôt et placement du Québec (CDPQ) has launched a $250m investment fund aimed at increasing diversity and inclusion in the country’s SMEs. Equity 253 will finance companies on the basis that they will ensure at least 25% of boards, management teams, and shareholders are people of diverse backgrounds within five years. CDPQ will provide operational guidance to implement these plans.

Assets in sustainable investment products in Europe could triple to €7.6trn over the next five years, meaning they will outweigh conventional funds, according to new research by PwC. More than three-quarters of the 300 investors surveyed for the study said they would stop buying conventional funds in favour of ESG products by 2022. Even in the base-case scenario, sustainable funds are set to constitute 41% of the European fund market by 2025. PwC said the trend was driven by regulation and growing awareness of ESG risks.

2° Investing Initiative is launching a series of online platforms across Europe to help retail investors and advisors “cut through the noise” and work out how impactful different climate funds are. Last week, the think-tank launched a platform in Germany, and it will launch a French version next year – with support from the French Ecological Transition Agency. The initiative is called MyFairMoney, and allows retail investors to fill out an online questionnaire about their sustainability values, and filter 8,000 funds accordingly. Further launches are expected across Europe in the future.

State Street Global Advisors has launched two ESG fixed-income ETFs, focused on Europe and the US. Both funds will be available to investors for a total expense ratio of 0.15% and will track regional versions of the Bloomberg SASB Corporate ESG Ex-Controversies Select indices. .

Lyxor says that European ESG ETFs attracted €3.9bn in assets in September, setting a new record. According to its Money Monitor report, flows for 2020 so far are nearly €25bn.

ISS ESG has developed a US Diversity Index and a family of Governance QualityScore indices. The former covers small, middle, and large capitalisation firms with broad ethnic and gender representation for board directors and named executive officers. It has a universe of 251 companies based on the minimum screens – up from 147 three years ago. The latter is a set of sector-neutral indices including well-governed midcap and largecap companies based on ISS scores and research. The indices are available for the US, European and Asia-Pacific (ex- Japan) markets.

Bantleon has launched a Luxembourg-domiciled green bond fund, focused on investment-grade labelled notes but with up to 25% invested in high-yield bonds. The emphasis will be on Euro-dominated paper, but other currencies will be considered. Bonds will be chosen based on analysis covering: greenwashing; emission/issuer analysis; use of funds and administration; reporting; second opinion; and verification.

Refinitiv and the Arab Federation of Exchanges have launched the Refinitiv AFE Low Carbon Select Index in the Middle East and North Africa, covering 30 listed companies in the region that promote low-carbon activities. Saudi Arabia holds the largest country weight in the Index with 39.5%.

The EFW Efficiency Fund from EFW Swiss AG has outperformed the MSCI World developed benchmark by 5.5%, after costs, according to its September 2020 update. The thematic equities fund focuses on the 100 best-in-class companies in the OECD based on resource efficiency for energy, food and water.