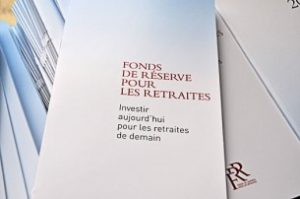 France’s €32.65bn Fonds de Réserve pour les Retraites (FRR), the French public pensions buffer fund, has opened tenders for a suite of ESG research and data services. The mandate tenders, which are deadlined for the end of August, are in two buckets. The first is a mandate for one or more providers of research on extra-financial and reputation risks for the fund’s portfolio assets. FRR says these risks could come from companies flouting the UN Global Compact or other international sustainable development and governance treaties signed by France. It said the provider should be able to analyse FRR’s portfolios for extra-financial risks and possible treaty breaches. It should also have an alert system for ESG risks and provide advisory services for risk avoidance.
The duration of the mandate is for three years with a possible one year extension. The deadline for responding to the mandate is 12.00 on August 30 with data to be supplied to the FRR’s tender platform.
The second mandate bucket is for one or more providers of carbon footprinting calculations for FRR’s portfolios. The fund said it wanted to continue analysing its risk exposure in the light of climate change. The deadline is also August 30.Last week, RI reported that FRR had awarded small caps mandates worth a total of €1.7bn to eight fund managers that could demonstrate strong ESG integration alongside their investment capabilities.
RI has also reported that FRR has a number of other tenders out in the market at the moment. They include a brief for the active management of up to four mandates for all-cap Japanese equities portfolios.
The mandates have an estimated total value of €600m. It also has a search outstanding for a €500-600m global equity impact investing mandate which is expected to be finalised after the summer. RI reported recently that FRR wants to align its portfolio with a 2°, or even 1.5° trajectory, according to a new four-pillar responsible investment strategy. Notably, FRR says it will conduct an “in-depth analysis” of the SDGs in order to align its management with the goals that are most relevant to its values and fiduciary responsibility.