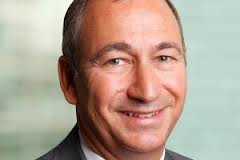 Mark Makepeace, the founder and chief executive of index provider FTSE, has put himself forward for election to the Advisory Council of the Principles for Responsible Investment – saying he will help the PRI steer its way through the capital markets.

The 16-member council sets the strategic direction of the PRI Association, the PRI’s operating arm, and provides oversight for the initiative as a whole.

“If elected I will do my best to help the PRI navigate global capital markets,” Makepeace says. He argues it is critical for the PRI to engage “at the most senior level” across the investment industry – and reach those that aren’t yet considering environmental, social and governance (ESG) issues.

Makepeace, who founded FTSE as a separate company in 1995 with a staff of 10, says he offers his contacts with regulators, asset owners, asset managers, stock exchanges, investment consultants as well as his ability to “scale up” an organisation.

“For the last decade I have been personally committed to deeper ESG integration by investors, including as part of the working group that designed the PRI’s six principles, and developing FTSE’s pioneering ESG service unit,” he adds. He was instrumental in the creation of the FTSE4Good index family. FTSE, formerly a joint venture between the Financial Times and the London Stock Exchange, is now wholly owned by the exchange.

Makepeace is up against six other well-known figures for two non-asset owner slots on the council.The other figures up for election in this category include:

There are also two candidates in the running for the single European asset owner position on the council: Niels Erik Petersen, Chief Investment Officer at Denmark’s Unipension and Jurgen Rigterink, CIO at Dutch development bank FMO.

The council’s membership comprises nine asset owners, four non-asset owners, two UN representatives and a Chair. Calls for nominations for election to the Council are made annually in May and successful candidates are announced in September. The PRI is currently advertising the Chair role to be vacated by Wolfgang Engshuber.