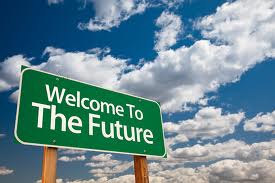 (Corrects to clarify that Telstra is included in the investment universe)

What’s claimed to be Australia’s first fossil free superannuation fund has been launched with the backing of some of the country’s leading responsible investment figures and one of its largest banks.

Future Super is headed up by Simon Sheik, the former head of advocacy group GetUp and Australian Greens candidate. He is a former Financial Analyst at NSW Treasury who has consulted for the Asset Owners Disclosure Project. Co-founder and Executive Director is Adam Verwey, former Senior Relationships Manager at fund firm Australian Ethical Investment and a Director at the Australasian Centre for Corporate Responsibility (ACCR), the engagement and advocacy group.

Also on the team are Jemma Morton Green and James Their as board directors and investment committee members. Morton Green is a former vice president of Sustainable Finance at JP MorganChase; she is now a Research Fellow at Curtin University Sustainability Policy Institute and an adviser to the Carbon Tracker Initiative. Their was a founder of Australian Ethical Investment and Superannuation where he was an Executive Director from 1991 to 2011. He also helped found, and sits on the board at, non-profit ESG research organisation CAER. He was an inaugural board member of the Ethical Investment Association (now the Responsible Investment Association Australasia, RIAA).Also on the investment committee is Julia Leske, Senior Analyst at CAER. Seed funding and advice has been provided by ASX-listed Bendigo Bank, Australia’s fifth largest, which does not lend to projects in the coal and coal seam gas sectors. Investment management and administration services are provided by Grosvenor Pirie.

The project is also being backed by a group of angel investors including Simon Holmes à Court, who chairs the advisory board of the Melbourne Energy Institute and founded Hepburn Wind, Australia’s first community wind co-operative.

Also an angel is Caroline Le Couteur, the former Director of Australian Ethical Investment and Greens politician who is founding Executive Director of the ACCR.

It means there is no place for some of Australia’s leading firms such as Qantas, Macquarie and Rio Tinto. Also excluded are banks and finance houses such as Henderson, National Australia Bank and the Commonwealth Bank of Australia.

The launch comes as a new website has been launched to encourage Australian savers to compare the carbon exposure of the investments of their super fund.