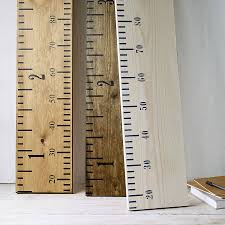 In this first article, Latham and Clark challenge the orthodoxy about benchmarks. A second article will suggest a way forward.

The debate around the so-called ‘tyranny of the benchmark’ is not new. Yet it continues to be revisited time and again as a cause of short-term thinking which creates a perverse incentive for fund managers. However, nothing seems to change. Few are prepared to challenge the existing orthodoxy of portfolio construction and the role of benchmarks. The status quo is maintained. This must change.

What are benchmarks for?
A starting point is to try to understand why benchmarks exist. What should their purpose be? It is widely agreed there exists an asymmetry of information between fund managers (as agents) and asset owners (as principals). The principals are often pension fund trustees on whom rests the responsibility of fiduciary duty, which is designed to ensure that decisions are made in the best interests of the trustees’ beneficiaries. Over a long period of time, those interests have become progressively less well aligned with those of the fund managers that they employ. So how are trustees supposed to hold fund managers to account, to make sure that they can demonstrate to their beneficiaries that they have done the right thing and discharged their fiduciary duty? Financial markets are complex systems. Trustees have limited resources at their disposal, certainly fewer resources than the fund managers they are supposed to be holding accountable. A benchmark makes this uncomfortable responsibility more manageable. Give the fund manager a benchmark and tell them to beat it. Then ask them to regularly report on how they are doing and the answer is simple and straightforward. Ahead of the benchmark? “Well-done, we look forward to our next meeting.” A bit behind? “We need to keep an eye on you…” Behind again? “You’re fired!!”.

A Fund Manager’s behaviour is driven by incentives
The problem is that this approach fails what is known as Goodhart’s Law (1). This was first popularised during the 1980’s by economist Charles Goodhart who observed “when a measure becomes a target, it ceases to be a good measure.” WHEB’s target is to provide an attractive balance of risk and return (and impact, of which more later) from investing in global equities. A typical measure of how well we are achieving that target is our performance against the MSCI World Index. An alternative measure might be the performance of other funds trying to achieve the same thing, i.e. the peer group, in WHEB’s case the IA Global Equity sector. A longer term measure might be based on absolute return, related to the equity risk premium, for example. There is no real reason why one of these is any more appropriate than the other.
The problem comes when this measure becomes the target against which the fund manager is are judged. Primarily, fund managers don’t want to get fired.Therefore, they don’t want their (short term) performance to be too far away from the target, for fear of standing out for all the wrong reasons. As a result, rather than being a target to beat, the benchmark has often come to define the default portfolio and thus to determine the starting point for its overall composition. Risk measurement is thereby perverted, with risk usually measured by the level of deviation from the benchmark. This completely overlooks the risk embedded within the benchmark.

Then, because trustees need to be seen to monitor and hold fund managers to account on a regular basis, quarterly reporting on relative performance is the key driver of short term behaviour by fund managers, with all the much discussed wider problems this creates for the underlying economy (2). To move away from this position, we must start to consider how pension fund trustees can be held more accountable for the total risk, and resulting outcomes, of their respective pension funds.

Broken Benchmarks
Lazy target setting, allowing a benchmark to have autonomous influence in portfolio construction is a poor starting point, and drives a range of behavioural problems. The index itself is a better guide to the past than it is to the future. More than half the stocks that made up the Fortune 500 in 2000 have now ceased to exist. That is not to say that all of these stocks have failed. Some have, and others have been taken over. But it hardly builds conviction that this is a stable basis from which to build a long term forward looking portfolio. We have recently seen significant concerns voiced over the health of the UK pension fund industry because £1 in every £8 of income received by UK pension funds comes from Royal Dutch Shell, where cash-flow has been under increasing pressure due to rising capex and falling returns (3). The reason why the average pension fund has such high exposure to Shell? Because it is one of the largest stocks in the dividend paying benchmark. The use of benchmarks, and the resulting passive index funds, creates a backwards looking mentality. It also leads to herding and an increased exposure to what has already become more expensive, inflating bubbles. Importantly, it doesn’t always help to create the desired exposure. Many UK pension funds will use the FTSE All Share index as a benchmark because it is seen as representative of the UK economy. This has created some perverse exposures to Central Asian mining companies in the past, which have little relation to the UK economy. This mind-set is also an obstacle to innovation and change. It is very difficult to raise money for investments that are considered ‘off-benchmark’, as this represents a higher risk to the fund manager.

This article is not the place to go into details, but we note that traditional finance theory struggles to cope with herding, bubbles, and the behaviour of all the other actors in the system. It tends to assume market returns are a given (in a probabilistic sense), and we simply choose a level of risk with specified ex ante outcomes. But those ex ante outcomes are based on past data, and a particular modelling view.

Why do fat tails come along rather too often? Why do investors herd? Those who make decisions based on traditional finance theory alone struggle with the implications of these real world questions. Newtonian mechanics was struggling until Einstein came along. It’s early days but systems theory, complex adaptive systems, emergent behaviour and other concepts are all part of a developing dialogue which is only just beginning to reach – and perhaps influence – investor decision makers.
As discussed above, risk analysis has too often focused on risk relative to benchmark, or sometimes risk relative to other managers. Many investors own a benchmark (or significant) position in a stock to avoid the risk of underperforming. Risk is often analysed as tracking error – which is literally suggesting that the lowest level of risk is an index tracker fund! This is lazy thinking and undermines a truer focus on overall risk in terms of portfolio diversification, liquidity risk, governance, transparency, maturity profile, valuation and the risk of a permanent loss of capital.Investors, asset owners and fund managers, need a framework in which they spend more time worrying and thinking about what they do own and where they have allocated capital, rather than fretting about what they don’t own. Benchmarks tend to anchor that anxiety by making the decision not to invest in a stock as important as choosing what stocks to own.

George Latham is Managing Partner and CIO of WHEB Asset Management and Mike Clark is Founder of Ario Advisory and a member of WHEB’s Independent Investment Advisory Committee.