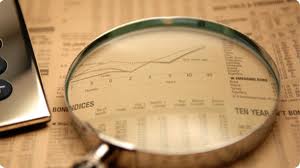 The German foundation which compensates victims of the Nazi regime has terminated a €72m corporate bond mandate with HSBC Asset Management over its parent bank’s involvement in money laundering.

In addition, Erinnerung, Verantwortung und Zukunft (“Remembrance, Responsibility and Future”, or EVZ), which was established in 2001 by the German government to indemnify slave labourers and others affected by the Hitler regime, has divested its shares in Apple, Wal-Mart, Shell and Barrick Gold over alleged human rights violations.

In the summer of 2012, EVZ began an engagement process by having German environmental, social and governance (ESG) research firm Oekom screen its investments in 1,219 stocks and bonds with respect to sustainability. Oekom found that 14 of the issuers could be excluded for not meeting EVZ’s sustainable criteria, which focus on human rights. At the end of 2012, the €443m EVZ – which also promotes human rights initiatives worldwide – had 23% of its assets in equities and 66% in bonds.

EVZ then sent the 14 issuers letters asking for a dialogue on human rights concerns. “Shell responded, but we got no cooperation from Apple, Wal-Mart and Barrick Gold,” EVZ spokesman Dietrich Wolf Fenner told RI. “We then sent them another letter advising that if they still did not cooperate, we would divest. No response.”

EVZ responded by selling €1m worth of Apple stock, €203,000 worth of Wal-Mart’s and €65,000 worth of Barrick Gold’s last April. In Shell’s case, the foundation also dumped its holdings after not being satisfied with the oil giant’s response.The termination of one of two HSBC mandates follows the UK banking giant’s $1.9bn (€1.5bn) settlement with the US to resolve charges that it enabled South American drug cartels to launder billions of dollars. “We want to send a clear signal, and that is controversial business practices will not be tolerated,” said EVZ chief executive Martin Salm.

Fenner said EVZ was now looking for a new manager for its €72m corporate bond portfolio. “Our other mandate with HSBC is under review, and we will make a decision on that next year.” HSBC’s German arm declined to comment.

EVZ said that while Shell had improved its environmental record, it felt that the firm was still not doing enough to compensate for the damage caused by oil spills in Nigeria.

On Apple, EVZ said it sold its shares following the computer firm’s admission that its Chinese supplier Foxconn had relied on child labour. The deployment of child labour in China was also one key reason for EVZ’s divestment of Wal-Mart. Another was a report about one of Wal-Mart’s suppliers in Louisiana oppressing Mexican workers that were in the US illegally.

Finally, the foundation got rid of its Barrick Gold stock after reports of violence from police and the firm’s own security guards during demonstrations at Barrick mines in Tanzania and Papa New Guinea. Announcement (German)