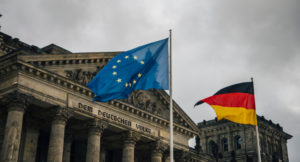 Germany has published its sustainable finance strategy, warning that “sustainability risks are also investor risks” and taking up many of the recommendations put forward by market participants earlier this year.

The 42-page plan (in German) sets out five goals and 26 “concrete measures” that the Government hopes will “develop Germany into a leading sustainable finance centre”.

Pension funds such as the federal pension reserve and the pension fund for the Federal Employment Agency will “gradually shift their equity investments” – representing some €9bn – into two sustainability benchmarks based on the methodology of the EU’s new Climate Transition Benchmark. It will integrate broader ESG criteria, including negative screens and the inclusion of companies with the best sustainability ratings in their industries, it added.

The government will also issue green bonds with longer tenors in future, as part of Germany’s ongoing efforts to build a benchmark green yield curve for the Euro market.

Commerzbank has been mandated to hold investor calls this week for a 30-year green bond issuance scheduled for May.

Today’s strategy builds on recommendations made in February by the Sustainable Finance Committee – a group including representatives from Allianz, Deutsche Bank, BNP Paribas, Triodos, Dekabank, Vonovia, Hoechst-Gruppe pension plan and DZ Bank – which was appointed to advise the government on fostering sustainable finance in the country.

That group proposed that retail investors should have access to a simple sustainability rating system for investment products – a recommendation that has been taken up by the government. A ‘traffic light system’ will be developed for all investment products, it said, based on existing regulation such as the EU’s Sustainable Finance Disclosure Regulation. The assessment will take both social and environmental factors into account.

Christian Klein, Professor of Sustainable Finance at the University of Kassel, welcomed the strategy, describing it as “a big thing” and “very ambitious”.

“As far as I can see, there is nothing that is not based on the Sustainable Finance Committee’s recommendations, they must be very happy,” he added. “The traffic light ratings for retail investors are very special. As far as I know, this would be a world first.”

At EU level, the strategy reaffirms Germany’s long-standing opposition to the inclusion of nuclear power in the EU’s green taxonomy. The European Commission recently confirmed that it will consider the inclusion of nuclear and gas in the taxonomy later this year, despite a previous understanding that neither would make it through the technical screening criteria or other safeguards. France is well known for driving the pro-nuclear agenda, while Germany has been a vocal critic of the technology.

In remarks accompanying the release, Federal Environment Minister Svenja Schulze said “for the federal government it is clear: nuclear power cannot be sustainable”.

“Anyone who claims the opposite endangers the credibility of a sustainable financial market policy. Nuclear energy is no longer economically viable, it is not clean and it creates unavoidable, large residual risk, which cannot be allowed to be loaded onto the public”.

The strategy also includes commitments to work towards a social taxonomy in Europe, which the German government notes should dovetail with the upcoming EU regulation on sustainable corporate governance and due diligence in supply chains. It also voiced its support for current efforts to develop a ‘common ground taxonomy’ at global level, via the International Platform on Sustainable Finance.