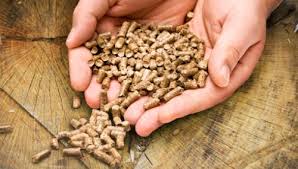 Investors in Germany are bracing themselves for the possible collapse of another company in the country’s renewable energy sector that relied on a strategy of advertising its green credentials and promising high-yields on bonds and non-voting shares called ‘Genussscheine.’

The company in question is German Pellets (GP), which was founded in 2004 by Peter Leibold. Leibold and his wife own 100% of the firm. Underscoring the environmental friendliness of wood pellets, Leibold built GP into Europe’s largest supplier of the renewable source for heating and power generation. In 2014, the Wismar-based firm reported sales of almost €600m and near €8m in net profit.

To finance its growth in past years, GP sold three bonds on Stuttgart’s “Bond M” segment for SMEs, raising €252m in the process. The debt came with an attractive coupon. For its five-year, €80m bond maturing on April 1, GP pays 7.25% in interest per annum. A good portion of the proceeds went to finance the completion of two wood pellet-producing facilities in the US.

Like Prokon, the German wind park developer that collapsed almost two years ago (see report), GP has also issued Genussscheine. These non-voting shares, whose redemption in the case of default is subordinated to that of bondholders and banks, promise annual interest of 8%. GP raised €15m from investors last year in this fashion. As 2016 began, the price of GP’s €80m bond suddenly crashed, losing 85% of its value.The event was followed by an announcement by GP that due to cash flow problems, it needed to delay repayment of the debt and reduce the coupon to 5.25%.

The firm has called a special meeting of its bondholders on February 10 to get permission for the reduction in the coupon and to repay the debt’s principal by March 31, 2018. In the announcement, GP cited a London-based analyst as saying that demand for wood pellets will nearly double by 2019, as more and more power firms in Europe switch to renewable sources from fossil fuels.

According to German news reports, GP’s cash flow problems stem from a combination of sinking demand owing to historically low oil prices and mismanagement at the firm. Given the current oil price, it is currently 23% cheaper to heat with oil than with wood pellets. This is particularly problematic considering GP’s recent big expansion in the US.

It has emerged that Leibold directed GP to provide a €20m loan to another firm he owned, oven manufacturer Kago.

Kago has since declared insolvency and if it goes bankrupt, GP may have to write off the loan adding to its cash-flow problems.