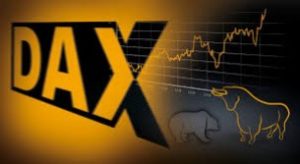 A third of Germany’s DAX30 largest companies have been rated a potential high investor risk in terms of a lack of transparency in their compliance procedures, according to a ranking published today by Fuchsbriefe, a German investor magazine. The five lowest companies on the compliance rating include some of the country’s best-known international players: Allianz, Deutsche Lufthansa, Deutsche Börse, Deutsche Bank and Vonovia SE.
Only six of the 30 DAX companies achieved the top compliance rating: Siemens, Deutsche Telekom, ThyssenKrupp, SAP, Henkel, and Bayer.
Compliance issues became big news in Germany at the time of the Siemens bribery scandal in 2006, and the ongoing emissions scandal involving Volkswagen, Daimler and BMW continues to shake the German economy and has hit related company share prices.
As a result, investors have been steeping up their scrutiny of German corporate governance practices.
Since 2006, Siemens has made significant investments into its compliance system. In the Fuchsbriefe ranking, it was assessed as number 1 for ‘best practice’ on publicly available criteria such as clear supplier codes of conduct, compliance management systems and reporting of compliance risks.
A five-person jury consisting of experts from academia, legal practice, compliance practice in businesses and business journalists examined the company information of the DAX30 across six categories, and summarised the results in a ‘risk key’ figure.The six assessed categories are:

Allianz and Deutsche Bank scored poorly for not publishing their own supplier codes of conduct. Deutsche Börse was marked down for giving little information on their employees’ code. None of the three companies gave an appropriate representation of their compliance risks.
Dr Andreas Rühmkorf, a lecturing lawyer at the University of Sheffield and jury member, explains that the methodology of the rating is based on relating companies with “poor transparency” and “minimal” information on compliance to high potential investor risk.
The less information a company reveals about its compliance system, the less danger there is that management will breach its own rules. But, the higher is the investor risk.
Rühmkorf explains: “You could say that there are different approaches in compliance. Several companies are very defensive, revealing little information to reduce
risk to provide evidence that they have violated it. Others are very offensive, reveal a lot, and possibly expose themselves to criticism.”
Pointing to the limits of the survey methodology, Rühmkorf concedes: “Our assessment does not allow us to say that the compliance system of Deutsche Bank is one of the worst and Siemens’ system is one of the best. But, we can say that from an external view and based on publicly accessible information, Siemens’ system appears to be the best because of the comprehensive information given, while Deutsche Bank provides little and incomplete information. These ratings show that the majority of the top 30 listed German companies are not transparent enough about their compliance systems. The overall picture that we have gained of these 30 companies is incoherent.Some companies show ‘best practice’ whereas many publish very little information. It is, in my view, surprising to see that some companies do not make their code of conduct publicly available or do not have a subpage on compliance on their company website.”
Rühmkorf says that the German market can easily appear like a ‘closed shop’, and that the interest of investors in the corporate governance practices of German companies has been increasing in recent years, leading to increased engagement: “Transparency is an important tool for assessing the business practices of the companies they invest in. Our rating highlights potential gaps and flaws, due to a lack of transparency. This is something we expect investors to be keen to see,” he says.