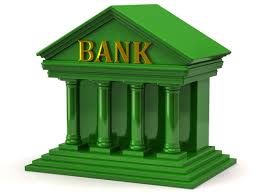 The UK’s Green Investment Bank is working with banks to try and develop standards for green ratings, as its chief executive Shaun Kingsbury says the institution is looking to get powers to be able to borrow and likely issue green bonds.

Kingsbury was speaking at an event to celebrate the bank’s second year hosted by Bank of America Merrill Lynch last night.

He said the bank was working with others to try and set standards around green ratings in an initiative informally known as the “Edinburgh Club”, noting the recent talk about how ‘green’ green bonds actually are.

Speaking to Responsible Investor, Gavin Templeton, Head of Sustainable Finance at the GIB, said it was in discussions with different banks, in the UK and internationally, to try and get consensus on what people report and encouraging transparency around reporting of non-financial impacts of investments.

“We do our own reporting,” said Templeton, “but we don’t know if it’s good, as we don’t have any comparison.”

When asked about green bonds, Kingsbury said it is something the bank will look at when it is able to borrow. “Are we looking at how we do it? Absolutely,” he said. “When looking to borrow it will be the best way to access the market. But it is outside our remit now.”

In the report Bob Wigley, the former Merrill Lynch executive who chaired the Green Investment Bank Commission, says that if the bank is allowed to finance some of its activities and commercial investments through green bonds it could raise £10bn a year in investment from the institutional market, particularly the insurance sector.

To date, the Green Investment Bank has seeded 33 projects with a total of £1.4bn, which has leveraged in £3.5bn in private capital. But due to state aid rules, it is currently unable to borrow and it has restrictions on what markets it can enter.

Business Secretary Vince Cable told the event that borrowing powers for the bank had been agreed in principle for the next Parliament.