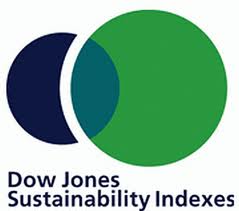 UK-based drug giant GlaxoSmithKline (GSK), US software firm IBM and US industrial group United Technologies are among the 41 companies that have been removed from the Dow Jones Sustainability Index World (DJSI World) – one of the oldest and best-known of such indices.

Swiss sustainable asset manager SAM, which decides on the membership of the DJSI World, said that based on their free-float, the seven other big removals were: banking giants ING, UBS and Société Generale; US utility Duke Energy; Japanese industrial firm Mitsubishi; Spanish telecoms group Telefonica; and US computer firm Dell.

GSK’s ejection from the DJSI World comes just two months after it settled a huge fraud lawsuit from US regulators. In the settlement, GSK pleaded guilty to charges that it had illegally promoted two of its antidepressants, failed to disclose safety data about a diabetes drug and bribed doctors to prescribe its medications. It was fined $3bn (€2.3bn).

GSK said: “We are disappointed to learn that we have not been included in the DJSI this year. We have a strong commitment to operating in a responsible and transparent way. We will be looking closely at the details of our score across the economic, social and environmental dimensions of the index to understand the reasons.”

SAM also said that among the 41 firms added to the DJSI World, the ten biggest ones in terms of their free-float were: US software giant Microsoft; CanadianNational Railway; retailers Target and Hennes & Mauritz; US computer firm Hewlett-Packard; German chemicals firm Linde; US industrial firm Ecolab; as well as North American oil and gas firms Enbridge, Cenovus and Baker Hughes.

In deciding on the index’s composition, SAM reviews the sustainability progress for 2,500 firms in 58 sectors worldwide. It then selects the top 10% for each sector. On performance, the DJSI World has roughly matched that of benchmark equity index MSCI World since its inception in August 1999.

SAM said companies’ participation rate in the Corporate Sustainability Assessment was 8.4% higher than last year. “We see this as a strong signal of the increasing recognition that integrating sustainability into corporate strategies is essential to the bottom line,” said SAM’s Head of Indexes Guido Giese, who took over the role in July.