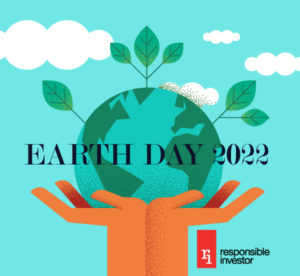 Negative attitudes to climate action are widespread across the financial sector, climate change deniers are still to be found in its senior ranks, and global banks are seen as the laggards when it comes to tackling global warming.

These are the findings of RI’s first Earth Day survey on finance and climate. The decision to undertake the survey was prompted by reports that senior decision-makers in financial institutions are not on board with the urgency of, or even the need for, climate action.

The results suggest that such concerns are not unjustified. Of 55 respondents to the survey, nearly half – 45% – were not confident that most senior managers in their organisation fully understood the risks that climate change poses to businesses and the economy.

Still more worryingly, 93% said they had encountered negative attitudes to climate action among decision-makers within their own organisation or elsewhere in the financial sector.

As for the reasons for negative attitudes, cost concerns unsurprisingly topped the list, with 75% of respondents saying they had encountered these, but ESG scepticism was very close behind on 73%.

Opposition to regulation and political bias also seem to be fairly widespread – respectively, 51% and 47% of respondents said they had encountered them.

The finding that might keep environmentalists awake at night is that just under one-third of those who completed the survey said they had met climate change scepticism in the financial sector, likely in senior roles.

Other reasons volunteered for reluctance to move on climate spoke to tensions between sustainability proponents and their more narrowly focused colleagues or peers, as well as the willingness of the latter to turn to delaying tactics:

The survey also produced decisive results on the question of which parts of the financial sector are leading the charge on climate, and which are trailing the rest of the industry.

Asset owners are seen as leading the pack, with more than one-third of respondents rating them as most effective in taking action on climate, with insurers second on 27%.

On the other side of the coin, our respondents were clear that the biggest laggards in finance are to be found in the banking sector. More than 40% named global banks as the least effective in implementing the climate agenda, with local banks garnering a further 19%.

The survey ran from 14 April to 21 April and was fully anonymised.

What do you think of the results of the survey? Are you worried by them, or surprised? What can be done to address the issues raised? If you’d like to share your views, on background or on the record, please do email us at edit@responsible-investor.com. All communications are confidential.