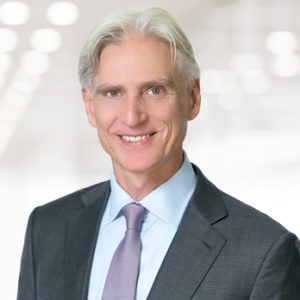 The capital base for energy production is starting to shift noticeably towards more climate-friendly sources, not purely in terms of greater use of ‘renewables’, but also through a move from the most polluting fossil fuels such as coal, to less polluting fossil fuels such as natural gas. This aspect of the move may not entirely satisfy purists, but it is nevertheless a win for the environment. Clearly, the trend to replace old energy sources with newer, more environmentally friendly ones is well under way but this trend will not be an overnight phenomenon. However it does open up opportunities for long-term streams of investment that could result in significant upside gross domestic product (GDP) potential.

Global CO2 emissions are decoupling from GDP growth
Carbon dioxide (CO2) emissions have been slowing in the last few years at a global level, with a pattern of decline visible in most regions. Globally, the year-over-year change in CO2 emissions went from over 5.0% in 2010 to 2.0 % in 2013, 1.2% in 2014 and down to negative 0.1% in 2015. Global GDP growth, meanwhile, remained in the 3% range. In 2013 and 2014 the CO2 decrease was due partly to a slowdown in China’s growth trajectory. By 2015, though, it had become clear that the declining trend in CO2 emissions had legs of its own and was becoming less linked to GDP growth.
This decoupling is new. Until 2010, there was a strong correlation between GDP and CO2 emissions: The production of goods and services requires energy, which in turn has historically required fossil fuels. Starting in 2010, however, the correlation started to break down. By 2015, economic growth was rising and CO2 emissions were falling.
The de-coupling of CO2 emissions from GDP growth means that the energy driving the economy is either being used more efficiently, or it is being produced through more environmentally-friendly methods. Across regions, the overall stabilisation in emissions is driven by different factors, so it is useful to examine where the various regions are in their journey toward reducing emissions.

United States: A story of coal vs gas
With a new president who it is understood wishes to roll back regulation and is sceptical of climate change, there’s a concern in the United States that climate-friendly policies may be reversed. Much of the reduction in the U.S. energy emissions, however, is a result of low natural gas prices driving a transition from coal to gas.
Considerable progress is also being made in genuinely renewable energy sources within the United States. Jobs in the renewable energy sector have grown at a compound annual rate for several years, while jobs in fossil fuel extraction and support have fallen.

Europe: World’s largest emissions trading market set to expand
While the coal-to-natural gas transition has been a key driver in reducing emissions in the U.S., the story in Europe is more about emissions trading. Europe launched its carbon ‘cap-and-trade’ system in 2005. Called the European Union Emissions Trading System (EU ETS), it has been curbing emissions for nearly a decade.The EU caps the amount of greenhouse gases companies can emit, and the ETS facilitates trading of emission allowances among companies. Those whose emissions exceed their allowances may buy allowances from other companies or face heavy fines.

Emerging markets: Taking the lead
Emerging markets are approaching renewables as part of the industrialisation process itself, and in 2015 surpassed developed countries for the first time in terms of total new renewable energy investment. In the same way that they skipped straight to mobile phones rather than following through telegraph to switchboards to landline to cell phone, many emerging economies seem to be jumping directly to renewable energy. Investment in renewables has fluctuated in developed countries, but it has steadily risen in the emerging markets.

“These sorts of transitions, over time, tend to be very positive for the economy.”

Leapfrogging ahead
Because emerging markets can start from scratch, they don’t have to scrap existing infrastructure in order to move to renewable energy. They can leapfrog these cumbersome steps and build renewable infrastructure from a clean slate. Overall, the emerging market potential for clean energy growth is impressive. Globally, both developed and emerging markets are moving in the same direction. But developing nations are in many ways leading the charge in pursuing clean energy initiatives.

Creating GDP
After years of relying on consumers to lead the charge, companies are now starting to invest again, contributing more meaningfully to GDP growth. One area they are targeting is energy— shifting from old energy production methods to new ones. Although this is generally a longer-term focus, the influence of creative destruction is already being felt, from the shift to natural gas in the U.S. to the global increase in renewable energy jobs.
Looking ahead, the expected GDP contributions from specific initiatives across the globe—in both developed and emerging market countries—are impressive. For example in the U.S., by 2030, the International Renewable Energy Agency expects decarbonisation to add 0.6% to GDP on an annualised basis. In the U.K., the larger role of offshore wind would add 0.8% to GDP each year. In Saudi Arabia, interestingly, renewable power is expected to add 4% to GDP.
We are on the verge of a new paradigm on how to produce energy. When these sorts of technological shifts occur— as with the move from horse-drawn carriages to automobiles—they can happen quickly and violently.
What we are seeing now are only the early gusts of a gathering gale of creative destruction that will likely revolutionise the energy sector, tearing down old industries and creating new, more environmentally friendly ones, and history has shown is that these sorts of transitions, over time, tend to be very positive for the economy.

Andrew Harmstone is a portfolio manager for the Global Multi-Asset team at Morgan Stanley Investment Management.