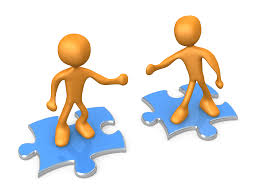 The United Nations’ corporate sustainability body, the Global Compact, has announced it will not mediate (“dialogue facilitation”) in the dispute between an NGO and Vigeo Eiris, the ESG research house, over a Moroccan green bond aimed at financing solar projects in the disputed Western Sahara area.

Western Sahara Resource Watch (WSRW), a campaign group backed by the Norwegian trade union Industri Energi, had on March 3 called on the Global Compact to mediate in the case as WSRW considered that Vigeo Eiris, a member of the UN body, had not answered its concerns about the certification of the bond.

Those concerns referred mainly to the fact that the bond is linked to two solar projects – in Laayoune and Boujdour, within territory annexed by Morocco – without the consent of the Frente Polisario, the UN-recognised representative organisation of the local Sahrawi people, which opposes the projects.Later that month, the Global Compact confirmed to Responsible Investor that it had decided to set up a dialogue facilitation process between the parties in line with its “integrity measures” policy. For “confidentiality purposes” it wouldn’t disclose further details on the process.

Now, the Global Compact has issued a statement saying the dialogue facilitation process would not continue because the UN body “does not see any further role it can play in this matter” due to two reasons.

It says the confidentiality needed to foster collaboration has not happened – and acknowledges that Vigeo Eiris’ responses to WSRW’s concerns “can be found in the public domain”.

In a letter to the Global Compact dated May 30, WSRW regretted the decision, adding that it doesn’t help the “integrity and image” of the UN body.