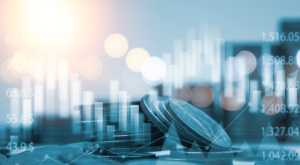 ESG-labelled investment funds attracted some $110bn in commitments between July and September 2021, marking a slowdown in inflows after the boom of the previous three quarters.

The growth brings the total level of ‘ESG’ assets to nearly $3trn globally, according to data from financial sector trade body the Institute of International Finance (IIF).

ESG funds attracted around $120bn, $150bn and $130bn in the previous three quarters. The slowdown in Q3 was driven by weaker flows into ESG equity and mixed-allocation funds, while fixed-income funds were slightly up on the last quarter.

Development institutions have long drawn attention to the significant funding gap for social and climate objectives in the emerging markets. To achieve the UN Sustainable Development Goals – aimed at combating global challenges such as climate change, poverty and hunger – by its 2030 deadline, the IFC estimates that developing countries will need around $29.4trn in investments to fund infrastructure, energy-efficient buildings, renewable energy and water management.

Around one fifth ($3.2trn) of the EU’s entire fund universe calls itself ‘ESG’ – four times the global level. Out of this, 2.4% of EU strategies were registered by their asset managers as Article 9 funds – a new regulatory category created by the bloc for funds with an exclusive focus on sustainability – while 17% were classed under the less ambitious Article 8 category, for conventional funds with ESG considerations.

According to recent data from the Global Sustainable Investment Alliance, between 2018 and 2020, the EU market for ESG funds contracted by around $2trn following the bloc’s introduction of the fund categories, which seek to minimise greenwashing.

The Netherlands have the highest proportion of funds registered as Article 8 or 9, at 65%, followed by Denmark and Belgium.

However, in commentary the IIF noted that “the broadness of the Article 8 classification also raises concerns that it could increase the risk of greenwashing in the absence of globally accepted standards”.

While inflows may have slowed into ESG funds lately, sustainability house Impax Asset Management today announced an 84.3% increase in assets under management over the past 12 months.

The London-based investor, founded in 1998 to focus on global environmental issues, recorded £10.7bn of client inflows over the period, coupled with £6.4bn from performance gains, bringing AUM to £37.2bn in September.

An Impax spokesperson told RI that its flagship Global Opportunities fund had received new investment from two undisclosed Canadian university endowments, in addition to a A$240m allocation from Australia super fund Cbus to its Climate Strategy.

Earlier this year, Impax completed the integration of the New Hampshire-based Pax World Management following the acquisition of Pax in 2018.