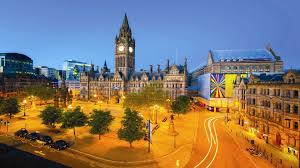 The UK’s 97 local authority pension funds collectively invest £16.1bn in fossil fuels – up from £13.8bn in 2015 – according to the latest data from divestment campaigners who have broken down the oil, coal, and gas holdings of every local council in Britain.

The £17.2bn Greater Manchester Pension Fund (GMPF), the UK’s second largest local government scheme, was once again identified as the ‘worst offender’ with 10.2% of its portfolio (£1.8bn) committed to fossil fuel investments, according to figures released by campaigners today.

In 2015, it also topped the list as the most fossil fuel intensive fund with 10% (£1.7bn) of its portfolio invested in fossil fuels.

GMPF is chaired by Kieran Quinn, who also chairs the influential local authority shareholder engagement group the Local Authority Pension Fund Forum (LAPFF). The fund has not responded to a request to comment from RI.

Whilst the data – compiled from Freedom of Information Requests – revealed a slight decrease in the overall proportion of Local Government Pension Schemes (LGPS) funds invested in fossil fuels – down from 6% to 5.6% – investments in fossil fuels have increased by £2.3bn since 2015.

The divestment campaign group – which includes climate NGOs 350.org, Fossil Free UK and Friends of the Earth – state that the “figures show that councils have not made any significant changes to their investments in response to calls from the climate movement, governments, and stakeholders to take climate risk into account”.

In its report ‘Councils: Fuelling the Fire’ – published to coincide with COP23 – the campaigners are calling on the funds to “act on climate change by publically committing to divest from fossil fuels”.

Peter Wallach, Director of Pensions at Merseyside, told RI the fund is developing a risk-based approach to mitigating climate risk that is “in line with emerging best practices among our global asset owner peer group”. It is working with others in LAPFF to “robustly engage” with companies on climate resilience, using tools developed by the Transition Pathway Initiative.

He continued: “We are in dialogue with Fossil Free UK over their particular concerns, but recognise that the sheer scale of assets under management in the LGPS places an onus upon us to invest responsibly and for the long-term.”

A spokesperson for the Torfaen told RI that its “aim is to be able to meet all current and future pension benefits of scheme members and the investments of the fund do include FTSE 100 firms like BP and Shell who are financially strong and stable companies that pay good dividends”.

He continued that whilst it takes its “economic [sic], social and governance responsibilities very seriously…the Fund is clear it must operate in the best interests of its members”.

The data also reveals that the Waltham Forest Pension fund, which last year became the first of the LGPS funds to decide to divest from all fossil fuels “over the next five years”, allocates 7% of its funds “indirectly” to fossil fuel investments – placing it in the top 25% of the most fossil fuel exposed local authority pension funds.

The data – which includes both direct and indirect investments in fossil fuels – is available online here.

This is the second breakdown of UK pension funds’ fossil fuel holdings by the group. The first came in 2015, the same year that the Paris Accord to limit global warming to below the two-degree threshold was signed.