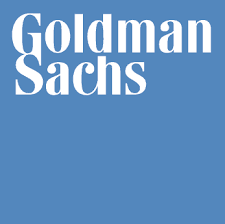 Investment bank Goldman Sachs has identified four key low carbon technologies which it says could save up to 5 gigatonnes of emissions per year by 2025 as the transition to clean energy takes place faster than predicted.

They are “already saving today over 1 gigatonne of emissions per year and we see that rising to 5 gigatonnes by 2025,” Kooroshy said in a podcast interview that’s currently on the landing page of Goldman’s website.
The GS SUSTAIN strategy was launched in 2007 at the UN Global Compact Leaders Summit and the firm now reviews more than 3,300 companies for governance factors and 2,200 for stakeholder factors. It says the GS SUSTAIN Global Focus List outperformed its global benchmark by nearly 40% from inception in June 2007 through year-end 2014. Goldman itself has a commitment to deploy $150bn to finance clean energy by 2025.
Kooroshy, a former Research Fellow at the UK-based Chatham House think tank who joined Goldman in 2014, says other projections underplay the speed with which these technologies are coming on board.

Pointing out that wind and solar are adding 100GW of capacity each year, he says: “That’s much more than we could imagine just two or three years ago.”As for LEDs, they accounted for just 1% of the US market in 2010; now more than half of lighting sales are LEDs and Goldman reckons that six or seven out of every 10 light bulbs will be LED by 2020. “That is probably one of the fastest technology shifts in human history,” Kooroshy says.

Turning to the rapid shift in energy generation towards renewables, he explains: “There are cases in Europe where brand new gas-fired power stations are basically mothballed already. The reason for that is that solar and wind that is on the grid in countries like Germany makes it very difficult for gas-fired power stations to compete. The economics for some of these gas-fired plants doesn’t work out anymore.”