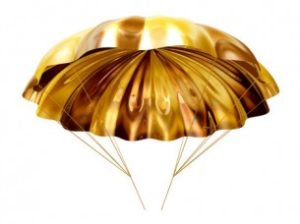 In its first year, and its first test at an annual meeting, a new shareholder resolution from union fund AFL–CIO seeking to ban what it calls “government service golden parachutes” received about 30 per cent support from shareholders at Tuesday’s annual meeting on 26 April. For years, corporate gadfly Evelyn Davis filed shareholder resolutions seeking to prohibit corporate executives from moving into government service, attempting to stick a cane in the revolving door between Wall St and the US Department of the Treasury, without much success. But at its first test, an innovative shareholder resolution from AFL–CIO that combines concerns over executive pay with corporate influence on government received the support of a significant minority of shareholders.
Similar resolutions were filed at Bank of America, JPMorgan, Goldman Sachs, Lazard and Morgan Stanley. The resolution says the banks should adopt a policy prohibiting the early vesting of equity-based awards for senior executives due to a voluntary resignation to enter government service. Government service is defined very broadly, but since these are all banks, it is clear which department the resolution is pinpointing.
Bank of America and Morgan Stanley attempted to exclude the resolution on the basis that it was vague and that it constituted “ordinary business”, but the SEC rejected these arguments. However, the AFL–CIO, said Heather Slavkin Corzo director of the Office of Investment, withdrew the resolution at Bank of America after reaching an agreement with the company.
As with most objections to accelerated vesting of equity awards – common in the US – it says compensation should be aligned with the long-term corporate interests of the company, not “provide windfalls to executives that are unrelated to their performance.” The resolution is not without a touch of disingenuity, since it goes on: “we question how our Company would benefit from providing Government Service Golden Parachutes. Surely our Company does not expect to receive favorable treatment from its former executives?”According to Citigroup’s statements in opposition to the resolution, this early vesting “advances stockholder interests by enabling Citi to attract and retain talented employees”.
According to Slavkin Corzo, the genesis of the resolution began in late summer 2014, when the fund had a conversation about Hank Paulson who had left Goldman Sachs to join the Department of the Treasury in 2006 and wondered how common it was for employment agreements to specify that outstanding equity awards would vest in full if an executive left a bank to enter government service. Research showed that such provisions were common at seven institutions; four were explicit about the payment of the parachute payment, while the remainder said it was at the discretion of the remuneration committee. AFL–CIO president Richard Trumka initially wrote a letter to these banks asking for greater detail. Only Wells Fargo replied, saying that while it had discretion to award these parachutes it did not intend to use this discretion. Support for the letter came from some unexpected quarters; the Wall Street Journal published an editorial echoing the fund’s concerns.
Without a proper response from the other banks, last year the fund filed resolutions calling for disclosure of the amounts involved; resolutions which in their first year received a remarkable 20 to 27 per cent support. But banks, said Corzo, complained that the disclosure requirement was “too onerous because so many executives were eligible for these parachutes.” As a result, the fund switched for the 2016 season to calling for a ban.
In fact there is also legislation before Congress calling for a ban on such payments. Senator Tammy Baldwin and Ranking Member of the House Committee on Oversight and Government Reform Elijah Cummings introduced the Financial Services Conflict of Interest Act in July last year to slow the revolving door between Wall St and government.
The shareholder resolutions, however, are likely to achieve their result faster than Congress, at least until the presidential election in November, when either Bernie Sanders or Hillary Clinton, or both, will throw their weight behind the bill.