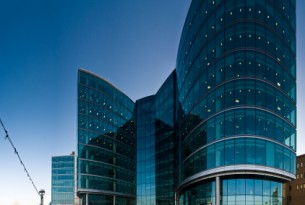 Institutional investors believe a growing number of green building regulations could impact the value of their property holdings, according to a research paper from the Institutional Investors Group on Climate Change, which advises on a number of potential mitigation management strategies. The IIGCC represents investors and asset managers worth €7.5 trillion. Its paper, titled: “Protecting value in real estate: Managing investment risks from climate change” says low energy certificate ratings in countries such as France, UK and Germany as well as minimum sustainability standards, formal ‘green’ clauses in standard tenant leases and sustainability risk assessments are all potential value dampeners if not considered properly on acquisition. The report looks at the potential impact of The Energy Performance of Buildings Directive (EPBD), which was introduced in 2009 and recast in 2012. It requires Energy Performance Certificates (EPC’s) to be exchanged at the time of building transactions. In the future, it is expected that the EPBD directive will require all new buildings to be nearly zero-energy consumption by December 2020 and new buildings occupied and owned by public authorities to be nearly zero-energy buildings after December 2018. Plans are that the nearly zero or very low amount of energy required should be covered to a significant extent by energy from renewable sources, althoughdefinitions are still to be refined by each EU member state.The IIGCC said the requirement would be a “game-changer” impacting building regulations across the EU.
In addition, the Energy Efficiency Directive (EED), signed in November 2012 requires for 3% of each country’s national public building stock to be sustainably renovated every year. A recent European Parliament vote also provided for an 80% cut in energy used by buildings relative to 2010 levels by 2050. Stephanie Pfeifer, Executive Director of the Institutional Investors Group on Climate Change, said: “It is critical that investors understand and manage the implications of these changes. In a sector which accounts for 40% of final energy use and 35% of carbon emissions in the EU, supportive policies which reduce energy use in buildings will be crucial to slowing dangerous climate change.”
The EU legislation has referred to research which shows that implementing existing technologies such as better insulation, efficient lighting and heat recovery, can cost-effectively reduce a building’s energy consumption by at least 30%, and by up to 80% in deep refurbishment models.
Link to report