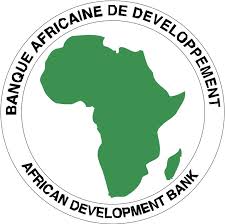 The African Development Bank has said that green and social bonds will make up a significant portion of its 2018 capital markets’ fundraising, as activity ramps up across the continent.

The bank, which established its green bond programme five years ago, and recently launched a social bond programme too, announced that it had approved an $8bn capital markets programme for the coming year, including deals in US dollars, euros, Australian dollars and sterling.

It added that this included “a strong commitment to socially responsible investment programmes”, namechecking both its social and green bond programmes.

In addition, it pointed to its thematic bonds, which it started issuing last year in alignment with its ‘High 5’ initiative – its five social priorities, including providing access to energy and improving quality of life for people in Africa.

It placed a ¥10bn private placement with Japan-based insurer Dai-ichi Life to help ‘Light Up and Power Africa’ – a scheme which will be included in its new social bond programme too.The announcement came on the back of Africa’s first sovereign green bond being issued, by Nigeria. The deal has been in the pipeline for a long time and – after much stalling – the inaugural transaction was scaled down from original reports, which had it slated at around NGN20bn.

In the end, NGN10.7bn of five-year notes were sold, primarily to finance “A rural electrification programme that seeks to develop off grid Independent Power Plant-type projects for the generation and provision of adequate power supply to 37 federal universities and seven teaching hospitals across the country”.

The document does not specify the source of power. The other two sectors identified are renewable energy “micro-utilities” and forestry projects.

The bond was rated GB1 under Moody’s green bond evaluation, is listed on the Nigerian Stock Exchange, and was only available to domestic buyers.

Nigeria’s green bond is around the eighth to come out of Africa now, with other deals including municipal deals from the cities of Cape Town and Johannesburg, and two out of Morocco.