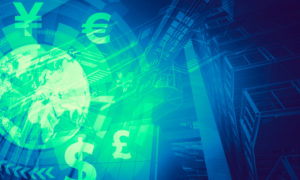 The Bank for International Settlements (BIS), the Switzerland-based central banking organisation, has announced its green bond fund has hit $1bn since its launch less than a year ago.

The fund, launched for BIS’s central bank customer base to invest in USD-denominated green bonds, has seen two investment rounds so far, and further subscriptions are expected for financial year 2020/21, BIS said in its annual report.

BIS also confirmed it was still working with a group of client central banks to develop a “companion fund” for investing in euro-denominated green bonds, as it originally announced in July last year.

The BIS provides banking services, including asset management, to around 150 central banks, including its 60 members, as well as managing SDR20bn (€24bn) of its own capital.

The investment vehicle, which is run by BIS’ asset management arm, is built using the BIS Investment Pool (BISIP) structure commonly used by the bank for its fixed-income investment products and invests in sovereign and quasi-sovereign issuers.

The fund is part of the BIS’s wider “green bond initiative”, which it says aims to “promote green finance through sizeable climate-friendly investments, support standardisation and the adoption of best practice principles in the market and help establish safeguards against “greenwashing”.

And the bank has a broader environmental sustainability agenda it has been gaining recognition for.

In January, BIS helped coin the term “green swan event” to warn of the potential for climate change to spark a new financial crisis and the implications for central banks, in a book released alongside the Banque de France.

BIS is also an observer of the Central Banks and Supervisors Network for Greening the Financial System (NGFS) Steering Committee, and has a cross-departmental team feeding into the network’s global working groups looking at climate risk and implications for financial stability.

Its annual report said  the BIS Pension Fund has adopted a sustainability policy, while the Risk Management unit has plans to assess climate-related financial risks on the Bank’s balance sheet.

Also this week, BIS announced that it had  selected the Bank of England to host its Innovation Hub, a centre “support the global central banking and finance community through the development of digital public goods, addressing issues of critical importance for the global financial system”.