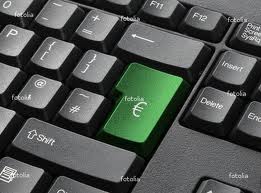 The green bond market has continued its evolution with the launch of the European Investment Bank’s first sterling-denominated issue and the first Swedish corporate release.
The EIB this week priced its first ever sterling-denominated Climate Awareness Bond (CAB). Worth £500m (€605.2m), it is the EIB’s largest such transaction this year, taking total issuance of CAB’s to €2.2bn so far in 2014, against €1.4bn at the same time last year.
Proceeds from the bonds are earmarked for EIB lending projects within the fields of renewable energy and energy efficiency.
The latest issue carries an annual coupon (interest rate) of 2.250% and has a final maturity date of March 7 2020.
The EIB said the transaction was driven by investors interested in its socially responsible features, mainly from the UK, which took 76% of distribution.
It added: “The issue was driven by major bank treasuries, some of which have recently established dedicated socially responsible portfolios.”
Distribution broke down into banks (69%), fund managers/insurance/pension (12%), central banks (11%). Building societies, retail investors and corporates took 8%. The lead managers were Barclays, Deutsche Bank, HSBC, Royal Bank of Scotland and Scotiabank.Eila Kreivi, the EIB’s Head of Capital Markets, said the transaction was “driven by the emergence of socially responsible portfolios among large mainstream investors”, enabling the bond “to be issued in liquid size”.
Meanwhile, Swedish listed forestry products and paper company SCA says it has raised SEK1.5bn (€168.5m) through a green bond issue where the proceeds will be used for investments in “projects with a positive environmental impact” such as renewable energy and energy efficiency.
The five-year Swedish krona-denominated was issued under SCA’s Euro Medium Term Note program. It was “oversubscribed” and placed with approximately 30 investors. The intermediary bank was SEB.
“SCA’s position as the first listed company in Sweden to offer a green bond is further confirmation of how important and highly prioritized our sustainability work is,” said CEO Jan Johansson.

The green bond market continues to develop apace. For example, earlier this month fund managers were the big buyers in the UK’s first Sterling denominated green bond issued by Unilever, the food to home-care products company.