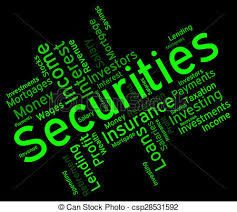 BlackRock will list a dedicated green bond fund on Bloomberg today, in the latest sign that the market is edging closer to becoming mainstream. The investment giant has created the BlackRock Green Bond Index Fund after many months of speculation. The open-ended fund, which will be incorporated in Ireland, will use the Euro-hedged version of the Bloomberg Barclays MSCI green bond index as its benchmark. It will use the ticker BLGBIEA:ID. Investors in the fund have not been disclosed.

HSBC has called for “a single metric to measure the environmental impact of green bonds” in its latest report on the asset class. The bank, which has issued green bonds as well as managing deals, says that “if and when policy practitioners want to speed market growth… a single green metric could be highly effective”.

“Currently, a bond is evaluated and priced according to its yield, duration and credit rating,” says Michael Ridley, a green bond analyst at HSBC, who authored the report. “If a fourth metric were available to evaluate a bond’s environmental impact, the markets would be better able to price bonds.”

The report – which warns against “top heavy regulation” – also suggests that policymakers could incentivise green loan issuance, perhaps by reducing capital requirements for green loans. Its third recommendation is that public authorities could foot the bill for the credit rating or second-party opinion on a green bond to reduce the cost of issuance – a move that has already been made by Singapore’s central bank, the Monetary Authority of Singapore.

Adaptation projects also need more financing through green bonds, says Ridley, who describes the sector as having made “little progress”. It proposes an adaptation metric that measures that USD amount of damage avoided per $1,000 of bond. “We favour bonds funding adaptation in the west,” is says.

The International Renewable Energy Agency has also issued a report, saying that “policymakers and public finance institutions must strengthen private sector participation through targeted policies and programmes”. “For example, policy frameworks for green bond issuance can attract significant new investment, as seen in China and India,” it said.

Nigeria held the first meeting of its newly-created Green Bond Private-Public Sector Advisory Group last week, in a move that the Climate Bonds Initiative described as “marking a significant step towards Nigeria issuing its first tranche of sovereign green bonds”.Environmental Minister Amina Mohammed has been clear on the country’s ambitions to tap the market, but now she says “agencies, ministries and departments have to come up with the specifics” adding that “in some cases, they’re not yet completely engaged on that”.

She said that, in relation to returns, “government is going to have to pick up the bill in most cases, because we need to have the hook… once we get that hook, and the market is moving, then we can begin to see returns.”

In terms of time frames, Mahommed said the programme is “on track, but we need to fast track”, but concluded that although “there is urgency, I’m not in a hurry to fail”. The advisory group is expected to advise on potential impediments to the green bond, which is expected to target domestic investors initially, as well as helping implement green bond guidelines that were launched in November. According to the Climate Bonds Initiative, which is on the panel, it will also give “guidance on how projects can be certified”.

Swedish renewable energy firm SolTech has appointed Danske Bank to help it launch a green bond programme. The firm, which has subsidiaries in China and Sweden, has fundraising ambitions of SEK500m (€50.3m) to enable it to finance and install 50MW of rooftop solar in China, through Advanced SolTech Renewable Energy Hangzhou Co – a venture co-owned with China’s Advanced Solar Power Hangzhou. It plans to issue the bonds through its Swedish sister company, Advanced SolTech Sweden. Cicero will provide a second-party opinion. Link

The Chinese green bond market will double this year, according to Sean Kidney, CEO of the Climate Bonds Initiative. The NGO has teamed up with China’s Central Depository & Clearing Company to launch the latest report on the country’s green bond market, which claims Chinese issuance hit RMB283bn (€33.8bn) in 2016 – accounting for 39% of last year’s global issuance.

Dr Ma Jun, Chief Economist at the People’s Bank of China, said that 2% of Chinese bonds are currently labelled green, but that “the potential is tenfold, because 20% of investments in China need to be green to meet our national objectives”.

Page 14 of the report discusses research from the CCDC on the pricing benefits of green bonds. The analysis concludes that for bonds with the same ratings, coupon rates of green bonds are “slightly lower” than conventional bonds.