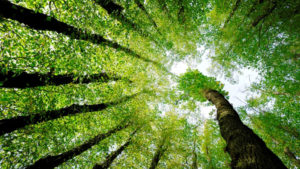 The year has got off to a promising start, with the news that the French Government is issuing a massive green bond – potentially the biggest in the world so far. A roadshow began on Friday across Europe and Asia, with a view to issuing a “multi-billion”-euro deal at the end of the month to finance a whole plethora of green projects and initiatives.

RI also revealed what green bond experts from around the world are hoping for in 2017, including revisions to China’s framework, issuance from a number of banks in Latin America and a move towards smaller deals and private placements.

KfW has reiterated its commitment to the green bond market, saying in an overview of its plans for 2017 that it will invest some €300m in the asset class, as well as continuing to issue “on a regular basis to address additional international investors, and expand its green bond curves in the core currencies”. The German development bank, which is one of the biggest and longest-standing issuers of green bonds (more than €9bn outstanding), said the market had seen a good year in 2016. “In addition to quantitative growth,” it said, “… the market is also becoming increasingly diversified with regard to issuers and products. A rapidly growing number of participants such as ratings agencies and auditing firms actively support the establishment of this market segment, which is another positive sign for its development.” It added that its own capital market experts would continue to “focus particularly” on the market. Its commitment to invest around €300m in green bonds mirrors its investment into the market in 2016, with an ultimate target of €1bn over the long-term. As well as pledging to continue as an issuer, an investor and a member of the Green Bond Principles’ Executive Committee, KfW said the Germany’s G20 presidency “will provide us with the opportunity to continue our dialogue about the responsibility of the capital market not only with market participants, but increasingly with the political sphere as well”.
And on that side, things are already moving. A number of green bond players have just been appointed to the European Commission’s new expert group on sustainable finance, which will compile a list of recommendations for the Commission on how to boost sustainable investment. As well as the Climate Bonds Initiative’s Sean Kidney, the 20-strong body includes Richard Mattison, CEO of Trucost, which was recently acquired by S&P to help with its green bond evaluation tool, and Philippe Zaouati, CEO of Mirova – one of the market’s most established and dedicated investors.The Luxembourg and London stock exchanges both operate dedicated green bond segments, and both are represented in the group, whose recommendations are slated for the end of the year.

Enel has completed its first green bond, as reported by RI last month. The Italian electricity and gas producer, which is majority-owned by the Italian state, has issued €1.25bn of seven-year notes with a 1% coupon. The order book reached some €3bn, according to a statement from Enel, which added that participation from “social responsible investors” enabled it to diversify its investor base. Proceeds will be used to finance the development, construction and repowering of renewables plants, transmission and distribution networks, smart grids and smart meters. A second opinion was provided by Vigeo Eiris. The bond is expected to be listed on the Irish and Luxembourg exchanges. Enel expects to refinance €12.4bn between now and 2019, “including through the issuance of green bonds”. It has committed to four of the Sustainable Development Goals to inform its environmental, social and governance work: quality education, affordable and clean energy (focusing on Africa, Asia and LatAm), decent work and economic growth, and climate action.

Delta Lloyd Asset Management has bought a €30m green loan from German energy company MEP Werke in a private placement. The 20-year deal, which is certified by the Climate Bonds Initiative, is backed by a portfolio of residential solar systems.

Municipal wastewater specialist Yunnan Water Investment has bagged permission to launch a 10-year green bond of up to RMB550m (€75m). In a statement published last week, the firm said it would use the proceeds for the “construction of projects of the group and the general working capital of the group”, but gave no further details. Yunnan deals in wastewater treatment, water supply, equipment sales and municipal water disposal projects. Huatai United Securities will be the lead underwriter. The document does not state whether there is a second-party opinion or assurance on the deal.

Brazilian pulp and paper company Fibria Celulose will issue a green bond via its subsidiary, Fibria Overseas Finance. It is roadshowing a deal that will support improvements to its sustainability performance, including sustainable forest management, restoration of native forests and conservation of biodiversity, waste management, sustainable water management and renewable energy. Sustainalytics provided a second-party opinion on the green bond’s framework.