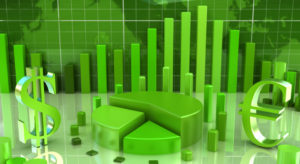 Investors are continuing to pay up for green bonds, according to the latest research from the Climate Bonds Initiative (CBI).

The report looked at 56 euro-denominated and 19 USD-denominated deals from the first half of 2021, with a total value of $75.9bn.

Of the 33 bonds in the study where CBI could establish a yield curve, 26 priced on or inside the curve – the same proportion as at the end of 2020. On the dollar side, Sumitomo Mitsui, Brookfield, Equinix and two Bank of China bonds achieved a greenium, while euro issuers included UBS, Daimler and E.ON.

The report did not include details on size of the ‘greenium’, which other studies have found to be rapidly diminishing in Europe, as the supply of euro-denominated green bonds catches up to demand. However, CBI’s CEO, Sean Kidney, said a combination of investor interest, corporate sustainability drives and pressure on governments to green the financial system would “continue to combine and drive the continuation of a greenium in debt capital markets”.

Among the issuers who disclosed allocation, the portion allotted to self-labelled “green investors” was up by more than a third on 2020, with an average of 66% allocation versus 48% last year. It was unclear whether this was due to a heavier focus on responsible investors by issuers, or a higher number of investors identifying as ‘green’.

On top of investor demand, the report concluded that the ‘greenium’ could also be the result of increasing liquidity in the green bond market. During the turbulence of 2020, labelled notes provided investors with more liquidity than conventional paper, it said; and over the last year, green bonds traded more frequently in every month apart from June – reaching an average of 14 trades per green bond versus six for vanilla in May 2021.

Bid/offer spreads, which represent the difference between the highest price a buyer is willing to pay and the lowest price a seller is willing to accept, were narrower every month in 2020, which the report says suggests a greater number of buyers and sellers.

The greater liquidity offered by green bonds was “almost certainly attributable” to a lack of supply, the report said. While issuance is skyrocketing and the CBI recently said it predicts green bond issuance to reach $1tn by 2023, the report said that the imbalance would persist as more investors became involved in the green bond market.

Responding to the findings, Francois Millet, Head of Strategy and ESG at Lyxor ETF, which manages the largest green bond ETF, said: “What has changed over the last 12 months is that more investors have stated their own Net Zero targets, and all are now committed to stronger reporting regulations. Green bonds support these objectives. For example, a growing majority of issuers report impact indicators like emissions avoided, which enhances the utility of green bonds in an allocation. Together with improved secondary market liquidity and increased issuer diversification, including the sovereign issuance boom, this has fuelled strong demand and supported a greenium in many cases.”