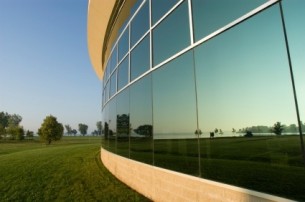 The global real estate sector is becoming more sustainable as measured by energy efficiency, greenhouse gas (ghg) emissions and water consumption, the latest survey by the Global Real Estate Sustainability Benchmark (GRESB) reflects. According to GRESB, properties held by the 543 real estate managers taking part in its survey consumed 4.8% less energy, 1.2% less water and had 2.5% fewer ghg emissions when compared with levels for 2011 to 2012. Breaking down the survey by region, the properties in North America showed a better sustainable performance than those in Europe, said GRESB. In the former region, the energy consumption and ghg emissions of the properties fell 6.6% and 4.8%, respectively, against 2011-2012 levels. In the latter region, the properties’ energy consumption and ghg emissions declined by a respective 0.7% and 0.2%.
However, GRESB said Australia and New Zealand continued to show the best sustainable property performance, making it the only region in the world to achieve its “Green Star” status. That top ranking was further bestowed on 22% of the property managers that took part in the survey.Another interesting finding was that renewables are increasingly being used to power and heat buildings around the world. GRESB said that since its 2012 survey, the number of survey participants (543) using renewables had increased from 17% to 27% – with photovoltaic as the most important energy source. With the addition of 100 participants since GRESB’s last survey, GRESB was able to track the sustainability of 49,000 properties worth a combined $1.6trn (€1.2trn). The Amsterdam-based organisation also added 16 new members in the last year, bringing the total to 51 and the institutional capital they represent to €6.1trn. Launched in 2010 by responsible investors PGGM, APG and the Universities Superannuation Fund, GRESB is now backed by several of their like-minded peers including ATP, NBIM, the manager of Norway’s Government Pension Fund, Australian Super and the Ontario Teachers Pension Fund.