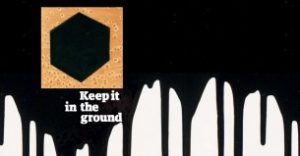 The Guardian Media Group (GMG), the parent company of The Guardian newspaper in the UK, which has been leading a prominent fossil fuel divestment campaign called ‘Keep it in the ground’ has made an initial seed investment into what is believed to be the first actively managed emerging market fossil fuel free strategy. In 2015, GMG, which controls about £750m in investments, announced that it would sell all its investments in fossil fuels over the medium term due to concerns about climate change. The new investment is part of that strategy, which aims to go fossil free while maintaining investment returns. The value of the investment is not being disclosed, but has been described as “significant”. GMG is not commenting on the allocation.
London-based, Acadian Asset Management, a $74bn quantitative equity/hedge fund investor, is running the Acadian Sustainable Emerging Markets ex Fossil Fuel UCITS Fund, which was put together with Cambridge Associates, the investment consultant and GMG to get emerging markets investment exposure in an ESG framework.
Acadian said the fund had been created because of growing investor demand for fossil fuel divestment. A report released earlier this week by Arabella investment advisors for the DivestInvest coalition, said institutional investors with a combined asset base of $5.2trn had pledged to some form of fossil fuel divestment (double the $2.6trn reported by the same analysis in September 2015).
The Acadian fund, which it describes as fossil fuel free with a low carbon tilt, uses third-party data and proprietary research to identify and exclude companies that own fossil fuel reserves. It says it aims to apply screens thatwill lower the aggregate carbon emissions of the portfolio by at least 25% compared to the benchmark index. The manager has a 13,000-strong database of emerging markets companies, notably in small and mid cap stocks where it believes it can add value. It says it was the first quantitative manager to sign the UN-supported PRI. Kelly Young, Managing Director of Acadian Asset Management (UK), said: “ESG considerations have decisively moved from the niche to the mainstream, and we have seen a significant growth in confidence within the broad European investment market given the quality of the data now available. Given the growing demand for investors to play their part as active corporate citizens, our aim is to continue developing investor solutions that cater for our clients’ varied ESG requirements, while maintaining scope for strong performance.”
Chris Varco, senior investment director for Mission-Related Investing at Cambridge Associates, said: “We are working with increasing numbers of investors who are looking to incorporate ESG factors in their portfolio.”
Cambridge Associates has found that ESG factors have helped investors achieve significant outperformance in emerging markets. In the three years since its launch, the MSCI Emerging Markets ESG Index has outperformed its parent index, the MSCI Emerging Markets Index, by a cumulative 12 per cent on a total return, US dollar basis. Cambridge said more than 50% of this outperformance was attributable to ESG factors. The consultant said it has also looked at older data from January 2007 up to the index’s launch in June 2013, and found that ESG ratings were a strong source of stock-specific outperformance during most of this earlier six and a half year period also.