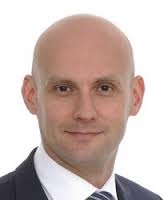 Guido Giese, Head of Indexes at RobecoSAM, has become the latest senior figure to depart the Swiss-based sustainability specialist that is ultimately owned by Japanese conglomerate ORIX.

It comes as the company has told RI that its top management is putting RobecoSAM “into the gym” in a process that may mean redundancies.

A RobecoSAM spokesperson confirmed that Giese, who oversaw the Dow Jones Sustainability Index (DJSI) family, has left the firm – and that the role of ‘Head of Indices’ has been axed.

“Given RobecoSAM’s increased focus on the development, construction and distribution of enhanced sustainable indices as well as customized passive investment solutions, the function of ‘Head of Indices’ was split and integrated in other teams such as SI research, product development and client relationship management,” the spokesperson said.

He added: “The Executive Committee of RobecoSAM is sending the firm ‘into the gym’ so to speak, inducing cell renewal and thus making the company fit for profitable growth.

“During this process redundancies may occur or employees decide to pursue opportunities outside the firm. If and when needed, employees will be replaced.” The firm’s investment processes and client services remained “stable and reliable”.

Giese’s departure follows that of other senior figures recently.They include Christopher Greenwald, the Head of Sustainability Investing (SI) Research and marketing head Christine Gugolz Kiefer, who have both joined UBS – where they will be working with their former boss Michael Baldinger.

Baldinger quit RobecoSAM unexpectedly last summer after five years as CEO and re-emerged at UBS Asset Management as head of sustainable and impact investing, based in New York.

It’s not known where Giese is going. He was appointed Head of Indexes in July 2012, where he was responsible for the development of the DJSI, including global sales, licensing, partnerships and client services.

Prior to that he was Head of Research and Development at STOXX, the Zurich-based index firm owned by Deutsche Boerse. Giese is a frequent writer on ESG matters and his most recent published work was ‘ESG as a Performance Factor for Smart Beta Indexes’ in the Journal of Index Investing.

RobecoSAM, which has 130 employees, is a sister firm of Dutch fund manager Robeco under the ORIX umbrella. It was founded in 1995 as SAM by Reto Ringger, who now runs Swiss private bank Globalance.