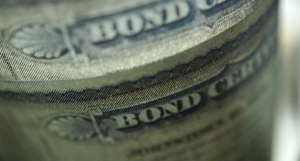 Half of sustainability-linked bond issuers see a ‘greenium’ larger than the potential penalty for failing to hit their sustainability targets, according to a new study.

Of the 102 bond pairs in the study, 55 saw a sustainability premium – or greenium – larger than the potential penalty attached to the bond. The authors calculate the average “free lunch” for these issuers to be worth $14.5m. However, 36 of the pairs saw no or a negative sustainability premium, indicating that a reduced cost of capital for SLB issuers is not guaranteed.

The sustainability premium was significantly higher for callable bonds, where the issuer is able to repay the debt before maturity and in the case of SLBs, often before the KPI measurement date. Two thirds of bonds in the sample were callable, although just 12% of issuers issued their first callable bond as an SLB. The report authors say that “one can question the actual commitment to sustainability targets of [callable SLB] issuers and interpret the bond issuance as driven by greenwashing motivations”.

The authors caution that the small sample size and early stage of the market mean that their findings should be viewed “as somewhat preliminary evidence”, but say that the study does offer important insights. The maximum difference in maturity for bond pairs is three years – slightly longer than the one or two years used in previous green bond studies.

Steve Liberatore, Head of ESG and Impact for Global Fixed Income at US manager Nuveen, questioned the purpose of an SLB which had a call option before the KPI measurement date.

“I hear a lot of people say what they like about SLBs is it’s an issuer level commitment to do something. This further highlights that it’s not a commitment […] If you’re telling your investors that you’re a dedicated ESG [investor] or you’re focused on environmental outcomes and you’re investing in these securities as meeting that stated goal to the investor, I’m not sure how you’re able to really understand or explain that in the event that the security is called before it’s even measured”.

He added that if the study data is correct “that does seem like you’ve inverted the purpose of the security. You’re benefiting the issuer more than you would expect to receive if they don’t achieve the targets”, he continued. “But then that raises the other question of: if I’m a dedicated ESG or impact investor, am I rooting for failure? If I invest in something that then steps up, should I ever have held that security because it didn’t meet the goals and the KPIs that were laid out in the transaction?”

Meanwhile, a separate state of the market report by the Luxembourg Stock Exchange has found that close to 40% of sustainability-linked bonds were classed as high-yield. In June last year Rahul Ghosh, Managing Director for ESG at Moody’s, told RI that a third of deals Moody’s had seen since June 2020 were from non-investment grade issuers, and in contrast, encouraging high-yield supply had been “a challenge” for the use of proceeds market.

The vast majority of KPIs were linked to environmental themes, with 90% linked to green targets including renewable energy share and water consumption. Only 1% were tied to a firm’s ESG rating, while 6% included a social target and 2% a governance target. The most common single KPI was greenhouse gas reductions, which accounted for 70% of all targets, but only 32% of issuers attaching a greenhouse gas target to their lending were aligned with the Science Based Targets Initiative.

Celine Deroux, Senior Fixed Income Strategist at Candriam and co-Manager of its Sustainable Bond Impact Fund, said that environmental KPIs were easier to measure than social targets, and that given KPIs need to be ambitious and validated by external scientific organisations, questions should be raised over who would validate the level of ambition of social targets. As governance targets tend to be more recognised and standardised, however, she expects a future increase in SLBs linked to governance.

A coupon step-up of 25bp remained the standard, according to the report, with 45% of issuers committing to pay up a quarter of a percent if they missed their sustainability targets. The second most common step-ups were 12.5bp at 23% and 50bp at 11%.

Deroux said that a 25bp step up “seems insufficient”. A small penalty may not be sufficient incentive for an issuer to reach its SPT, and higher compensation could attract more investors who only have a financial objective, she continued.