Responsible Investor
Home Asset classes Halfway through the COP that never was: reflections on the growing momentum...
Return to search
Environmental 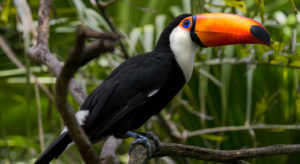 Biodiversity has gone from playing second – and sometimes even third and fourth – fiddle to climate change, to being a central discussion topic for investors over the last 18 months.

And while thinking on the issue is still nascent, it’s catching up fast when it comes to acronyms, announcements and initiatives. Just this week 18 additional financial institutions signed the Finance for Biodiversity Pledge; Karner Blue Capital became the first US member of an investor group dedicated to data and biodiversity; BNP Paribas Asset Management released its biodiversity roadmap; the Principles for Responsible Investment launched a practitioners group to tackle deforestation; and the World Benchmarking Alliance told RI that it is working on developing a benchmark tool covering companies with the biggest impact on nature.

Had the global pandemic not continued to wreak havoc in 2021, today would have marked the halfway point of COP15 – the global biodiversity summit scheduled to take place in Kunming, China, this month. Instead, the conference has been rescheduled for October, giving governments more time to thrash out a post-2020 global biodiversity framework. A current draft of that framework proposes an agreement to protect at least 30% of the planet by the end of the decade.

Under the current plans, COP15 will be held just weeks ahead of the November COP26 climate summit in Glasgow, where governments will gather to agree crucial new climate commitments for the years ahead in the most seminal negotiations since the Paris Agreement was established in 2015. And, with all the momentum that has been gathering on biodiversity, there are hopes that October’s discussions will provide nature with a ‘Paris’ moment of its own.

“We need a global framework for biodiversity that each nation can commit to, with an idea of what strong global and national legally binding targets might look like,” says Sophie Lawrence, Senior Ethical, Sustainable and Impact Researcher at Rathbone Greenbank Investments, who has been looking at ways to integrate biodiversity considerations into the UK investment house’s engagement and decision-making processes.

But even if an ambitious agreement is reached, it will take time for it to transform into real-economy and financial change, warns Morgan Stanley’s Global Head of Sustainability Research, Jessica Alsford. “Take climate,” she says. “The Paris Agreement was signed in 2015, but it’s only been over the last two years that we’ve seen a real step up in policy change across Europe, the US and Asia”.

Biodiversity could benefit from the work already done on climate, though, giving it a much-needed headstart. Nature and biodiversity are namechecked regularly in the rhetoric around COP26, as awareness grows about the interlinkedness of the two issues.

One major industry that investors will need to take on in order to tackle both climate and biodiversity is food.

“The sort of bogey-person of climate was the fossil fuel industry, but the bogey-person of nature is the global food system,” observes Andrew Mitchell, a biodiversity veteran and founder of both Global Canopy and the Natural Capital Finance Alliance. “We're going to see a complete revolution”.

A recent MSCI report highlighted the dual burden facing the food industry: it is both heavily reliant on nature and heavily impactful on it.

“Food producers are highly dependent on healthy soil, crop diversity, pollinators, fresh water and climate stability,” says the report. “Without these inputs, yield and quality drop precipitously, which is bad for food businesses as well as for all of us who need to eat every day.

“Agriculture also contributes to about 80% of deforestation globally, with cattle, soy, palm oil and timber driving the bulk of the impact. That means food producers are contributing to the very problems that threaten their business while simultaneously inviting regulatory restrictions and reputational damage.”

But Investors are mobilising to address those risks – Rathbones’ Lawrence notes that, according to work done by the Finance for Biodiversity Pledge, 70% of all biodiversity engagement initiatives focus on deforestation.

AXA Investment Managers is engaging with portfolio companies linked to nature-impactful commodities like palm oil, soy, timber and cattle, and it told RI it was likely to pursue investments into forestry in the future.

BNP Paribas is encouraging corporate clients with links to beef or soy produced in the Amazon rainforest or the tropical Brazilian savanna of the Cerrado to commit to ‘zero deforestation’, and demonstrate progress. As part of the policy, introduced in February, the bank will only finance companies with a strategy to achieve zero deforestation in their production and supply chains by 2025.

But, according to a Global Canopy report published last year, some asset managers have catching up to do – especially when it comes to deforestation. Aberdeen Standard, Legal & General Investment Management and Baillie Gifford were among 202 institutional investors identified by the report as not having zero-deforestation policies.

There are other sectors that are more complex for green investors, though. Morgan Stanley’s Alsford highlights a growing recognition of the biodiversity implications of some traditional green investments, like offshore wind farms – assets she describes as “ticking  a number of boxes in the context of sustainability and decarbonisation".

“But we have seen investors increasingly focused on some of the negative impacts, such as, habitat loss or direct collisions,” she explains.

Mitchell says this heightened awareness must now translate into radical regulatory change, as well as a new approach to capital allocation by investors. His hopes for the next decade include the introduction of mandatory reporting against recommendations from the TNFD (of which he is a member) and the creation of a ‘currency for nature’.

The latter, he says, could work by attributing a value to land based on its levels of biodiversity, which would then be monitored regularly.

“If we can get those kinds of things in place then, crucially, the cost of capital will change so that destroying nature will become expensive. In the end it's all about the movement of money. If we don't fundamentally change that movement, then we will finance ourselves into extinction.”