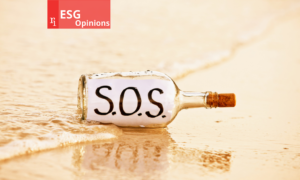 For over 20 years, campaigners and members have been calling on the Universities Superannuation Scheme (USS), one of the UK’s largest pension funds, to divest from controversial weapons and tobacco. More recently, fossil fuel divestment has been added to the list of changes that members are seeking. USS has resolutely resisted this pressure, repeatedly invoking fiduciary duty as a barrier to ‘ethics’.

On 1 June, USS announced it would no longer invest in tobacco, certain controversial weapons or companies earning more than 25% of their revenue from thermal coal. Why? Because it is morally indefensible to invest in companies that make weapons that kill, maim and injure thousands of innocent people? Or in companies whose products cause the deaths of an estimated seven million people a year from smoking-related diseases? No. According to USS it’s because these investments are now judged to be “financially unsuitable for the pension scheme over the long term”.

Now, running a pension fund that delivers decent retirement incomes, shows some degree of responsiveness to its members’ ethical concerns and stays within the law is not an easy task. A little digging on the USS website shows that the fund has recently commissioned a new legal opinion that provides the wriggle room for divestment under certain circumstances. The lawyers argue that USS cannot “impose its own moral views on members”, but that it can exclude investments where it has financial reservations and “good reason to think members share each other’s views” on ‘non-financial’ issues.

Do we really believe that given current global and regional tensions the outlook for manufacturers of cluster munitions or landmines makes them “financially unsuitable” for a pension fund? Personally, I’m sceptical. In the case of tobacco and thermal coal (which, incidentally, USS doesn’t hold in any case, as campaigning members were quick to point out) the financial arguments are stronger. My interpretation of the situation is that a desire to respond to ‘ethical’ pressure led the fund, under the new CEO of its investment management arm, to look for ‘financial’ reasons to end certain investments. And once it looked for them, it found them.

So to summarise so far: a pension fund that has been under ethical pressure for many years announces exclusions that are partly in line with this pressure, but says it is making changes purely for financial reasons. In the case of some of the exclusions, the financial argument could be considered implausible.

In many countries public statements by a pension fund that it is taking an ethical stance in its investments are still not acceptable – indeed they are considered to be potentially illegal.  When US public funds banned investments in firearms manufacturers after the Sandy Hook school shootings in 2012, they too implausibly cited investment risk as the primary motivator.

Does this matter? Is it honest? Is ‘responsible’ investment living up to its name? The deep roots of RI lie in the values-driven – not ‘value-driven’ – investment movements of the 1970s and 1980s, focusing on divestment from apartheid South Africa and on excluding specific products such as weapons and tobacco. The financial success of green ‘socially responsible’ funds in the late 1990s and early 2000s led to efforts to involve mainstream investors, notably pension funds. In the negotiations to establish the Principles for Responsible Investment, continental European funds in particular pushed hard for formal commitments to the UN Global Compact. This was resolutely resisted by US and UK funds, which wanted cast-iron references to fiduciary duty, and thus the primacy of financial considerations. The only hint at ‘values’ in the final version of the Principles can be found in the vague reference to ‘broader objectives of society’ in the preamble. At least two subsequent attempts to add commitments to sustainability to the Principles have failed.

How often do we hear ‘responsible’ investors on conference platforms say things like ‘our job is not to make the world a better place’, ‘we’re not tree huggers’ or ‘this is not about values’? In what way, then, is this ‘responsible’ investment? And deep down in their hearts, do the people who say these things genuinely believe that their personal values have nothing to do with their work? And if they do believe this, how do they endure the tension and cognitive dissonance this must generate? I know from personal conversations with many senior responsible investment people – and ‘mainstream’ people who are even more senior – that they are deeply motivated by personal commitment to sustainability issues and feel frustrated, some even tormented, that they do not feel allowed to acknowledge this openly in the language of personal values.

And do we really – really­ – believe that investor action with the ambition, urgency and scale we need to tackle the climate catastrophe, racial injustice, species loss, economic inequality, the devastation of the oceans, or continuing rampant human rights abuse (to name but six) will be possible if every step has to be justified exclusively in terms of ‘financial materiality’? Or that this action can be taken by an industry that tells its people they cannot speak openly about some of the things they value most? Are organisations that operate like this healthy – for their people or society at large?

‘Responsible investment’ has made huge progress in terms of assets under management and institutions affirming their commitment. But in gaining so much, has it lost its soul? And to meet the challenges of the future, does it need to re-discover it?

Rob Lake is training in psychotherapy and is the Founder of Authentic Investor. He is a former responsible investment consultant and employee of the PRI, APG and Henderson Global Investors. He is also a grandfather.

To hear more from Rob Lake, tune in to next week's RI Careers special plenary – Is it cool to care about sustainability issues, and can it become an asset to your career?