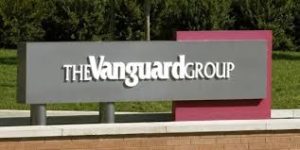 Not only did mutual fund Vanguard’s proxy voting guidelines change the heading of the relevant section of its guidelines from “Corporate and social policy issues” to “Environmental and social proposals”, the wording of the guidelines also changed, from this:

Proposals in this category, initiated primarily by shareholders, typically request that the company disclose or amend certain business practices. The Board generally believes that these are “ordinary business matters” that are primarily the responsibility of management and should be evaluated and approved solely by the corporation’s board of directors. Often, proposals may address concerns with which the Board philosophically agrees, but absent a compelling economic impact on shareholder value (e.g., proposals to require expensing of stock options), the funds will typically abstain from voting on these proposals. This reflects the belief that regardless of our philosophical perspective on the issue, these decisions should be the province of company management unless they have a significant, tangible impact on the value of a fund’s investment and management is not responsive to the matter.

To this:
Proposals in this category, initiated primarily by shareholders, typically request that a company enhance its disclosure or amend certain business practices. The funds will evaluate these resolutions in the context of our view that a company’s board has ultimate responsibility for providing effective ongoing oversight of relevant sector- and company-specific risks, including those related to environmental and social matters. The funds will evaluate each proposal on its merits and may support those where we believe there is a logically demonstrable linkage between the specific proposal and long-term shareholder value of the company. Some of the factors considered when evaluating these proposals include the materiality of the issue, the quality of current disclosures/business practices, and any progress by the company toward the adoption of best practices and/or industry norms.Yes, the preamble still contains caveats indicating that this is the proper job of the board and not shareholders, but the door to proper engagement has been cracked and it is only likely to get wider.
Was this going to happen anyway, or was it as a result of pressure from Vanguard’s own shareholders? Right at the end of December last year, Walden Asset Management filed a shareholder resolution with the Vanguard 500 Index Fund and the Vanguard Total Stock Market Index. While the resolution calls only for a review and report on Vanguard’s record on climate change proposals, the supporting letter references other E and S resolutions that could have a beneficial effect on long-term value. In supporting statement, Walden notes that in 2015 Vanguard’s corporate governance team opposed 97% of shareholder resolutions. That practice may be about to change, or it may not.
Said Vanguard spokesperson Arianna Stefanoni Sherlock, “Essentially, the update to our voting guidelines are intended to better articulate the types of proposals we will consider supporting. Our standard for support is still based on a clear and strong link between the proposal itself and long term value creation at the subject company. In instances where we don’t see that link, we will still engage directly with the company if we believe the topic has potential for impact on long term value.” Not only that, but there has also been another change in the fund’s voting patterns. “In the past, we may have abstained on environmental and social proposals that we didn’t support based on the previously stated rationale, though we’d vote against proposals in places where abstentions weren’t counted in the vote results. To simplify our process, while effecting the same voting outcomes, we’ve decided to eliminate our use of abstentions for this purpose. Going forward, we will simply vote either ‘for’ or ‘against’ each proposal based on our guidelines.” While this move may seem merely an administrative one, it will result in a much sought after clarity by those who tally shareholder votes.