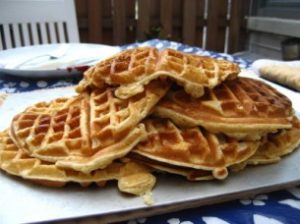 Whenever I read the word commonsense, my eyes don’t just glaze over, they roll. There’s something about the word that signals that what you are about to read is going to be drivel. And so it is in the just published Commonsense Corporate Governance Principles, signed by such luminaries as Warren Buffett, Jamie Dimon, Larry Fink, Jeff Immelt, Bill McNabb and Ronald O’Hanley. This latest piece of ‘commonsense’ has proved my instinct right again. When you get to a passage that reads: “But given the differences among our many public companies… not every principle (or every part of every principle) will work for every company, and not every principle will be applied in the same fashion by all companies”, you know that these principles won’t even rise to the level of a guideline. The Principles cover: board composition and responsibilities, shareholder rights, asset managers’ responsibilities, compensation of management, succession planning, board leadership and reporting finances. Don’t get me wrong, there are some positive statements. It’s good to see them commit to board diversity and to not counting abstentions as “For” votes. And just when you’ve given up on them saying anything new or interesting, there’s this: “Senior management bench strength can be evaluated by the board and shareholders through an assessment of key company employees; direct exposure to those employees is helpful in making that assessment.” Giving shareholders access to senior managers who might be made CEO, now there’s an idea. Frankly, the rest is either old hat or dross. Not only is proxy access – the ability of shareholders to nominate directors on the proxy statement – not endorsed, this is as close as the principles get: “Long-term shareholders should be able to “suggest” candidates for the board….”
There are no suggested rules on tenure or retirement age, an issue hardly likely to be supported by 85-year old, 51-year tenure Buffett. The excuse for this? “The importance of fresh thinking and new perspectives should be tempered with the understanding that age and experience often bring wisdom, judgment and knowledge.”See dictionary definition of a truism!
For the Principles to say that dual class voting structures, such as at Google, is “not a best practice” seems the height of hypocrisy when Buffett’s own company, Berkshire Hathaway, has Class B shares with 1/10,000th of the voting power of Class A shares, the ones Buffett owns.
And the Principles do not come down on the side of splitting the chair and CEO roles, which is hardly surprising given that most of the signatories are both chairs and CEOs of their companies, even on the investment side, but especially Dimon. However, no convincing argument is given for continuing to combine the roles. And they seem to endorse stock options only if they have properly designed performance hurdles; a practice virtually unknown in the US.
At one point the Principles say that asset managers’ decision makers should have access to management and, “in some circumstances, the company’s board”. And then it says: “Building trust between the shareholders and the company is a healthy objective.” But if they can’t trust asset managers to have contact with the board, how can that trust be built? It is a fundamental right of using shareholders’ capital, that those shareholders should have open access to the board; a situation that is commonplace throughout western economies…..just not the US.
Then there is a bizarre sentence in the board responsibilities section, a section which, among other things, attempts to prescribe what should be on the board’s agenda over the year, that says: “The board should minimize the amount of time it spends on frivolous or non-essential matters…”. One is tempted to add “such as reading these Principles”.
Interestingly, Andrew Ross Sorkin revealed in the New York Times that: “While the ‘principles’ are only recommendations, Fidelity ended up pulling out of the consortium, as did Wellington, in part, because many of their funds have their own fiduciary requirements.” Apparently Fidelity said: “Every company has its own distinct business model, culture and values, and thus,
we generally do not sign on to blanket industry documents.” But the fund stopped short of saying the Principles were a waste of web space.
In a press release from the CII, Executive Director Ken Bertsch added further criticisms: “While they acknowledge the recent adoption of proxy access mechanisms by dozens of U.S. companies, they stop short of endorsing [it]. In addition, the principles are silent on the duty of boards to act on shareholder proposals that a majority of shareholders have endorsed.” In fact they are pretty quiet about shareholder rights altogether, except for having a pop at proxy advisors, which is a little disappointing since four of the signatories are CEOs of four of the largest asset managers in the country.
And risk consultant Richard Mahony commented: “Meeting in secret wasn’t the best way to conduct a campaign for good governance and improved transparency in corporate America, either. It wouldhave been far more interesting (but a lot more work) for the group to go on, say, a listening tour to hear directly from investors, workers, pension fund officials, corporate managers and others.” He is scathing about the secretiveness of the cabal, accusing it of orchestrating massive press coverage by having secret meetings in the first place.
And oh boy did it get press coverage; thanks in part to some full-page advertisements in a couple of major outlets. All that coverage is helpfully linked to from a
button on the website. You can also download the Principles there, but, if you follow my advice, don’t bother. If you read Responsible Investor you are so beyond that kind of commensense.