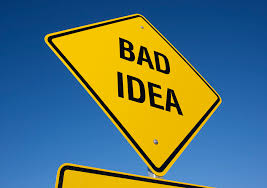 “It’s just dumb, it’s not a sustainable approach. It’s such a bad idea for so many reasons.” Thus Heidi Welsh of Si2 on the provision in the Financial CHOICE Act [Creating Hope and Opportunity for Investors, Consumers and Entrepreneurs] that would make the filing of shareholder resolutions virtually impossible by raising the necessary ownership threshold from $2,000 to 1% of a company’s stock.
Welsh is a self-confessed “process geek” and mistress of more data on shareholder resolutions than anyone I can think of. Before we got further into the conversation, however, Welsh had a question for me: “Do you think this has a chance of passing, or are we just freaking out about nothing?” I replied that I did not believe it would pass in its current form but only if, and this is the key, only if enough people like Welsh freak out about it.
“The shareholder proposal process provides a forum for the expression of ideas that are relevant to a company’s business,” continued Welsh. “Why would you want to stick your head in the sand and not listen to input from a wide range of stakeholders?

“The CHOICE Act is not only anti-democratic, it’s also anti-capitalist. This is a process issue. The shareholder proposal rule is a working mechanism that brings key issues to the attention of management. Obviously, any kind of process can be abused, there can be gadflies. But just look at the history of the shareholder resolution.
“There are all sorts of subjects that were raised originally through shareholder resolutions that didn’t get that much support at first but ultimately became central matters of concern, which companies realized were material and which they addressed.” Welsh then went on to give a few examples of issues that have now become almost standard practice but which were all first raised through the shareholder resolution process.
“Look at corporate political spending disclosure,” she gave as her first example, “which started out as a small dissenting issue. Then in 2010 you had the Citizens United decision, which helped spur the formation of a Conference Board committee with representatives from leading companies saying: ‘Let’s come up with a way for us to address this because people are really up in arms’.”
Her second example was the campaign over LGBT rights. “There were dozens of shareholder resolutions over the years, combined with a broad shift in the country – which arguably was helped by this shift in corporate America. Now you not only have the majority of the S&P 500 with LGBT-friendly policies, you have these same companies pushing back against so-called ‘religious freedom’ laws which everybody realizes affect the bottom line.”
Her final example was environmental disclosure resolutions. “These are not touchy-feely issues. It’s not a touchy-feely issue when your nuclear plant gets subsumed by the rising ocean, that’s a bottom line issue.”

She also defended the process against the criticism that most resolutions do not get majority support, giving as argument the 83% Say on Pay vote at last year’s Conoco Philips AGM. “They made some changes to how they now structure their executive pay and spent a lot of time in the proxy statement talking about this, showing how they are responsive to, basically, 17% opposition. This sort of response also puts the social and environmental votes that come in at similar levels in context. It shows that it’s not a matter of getting a majority, but rather achieving a significant level of dissent that makes management pay attention.”Welsh also felt that the attack on the process would be as damaging to companies as it would be to shareholders. “The attack fits with the Steve Bannon idea of ‘deconstructing the administrative state.’ It would, however, suppress information that companies need – that’s the critical component to this proposal. The question is: is it a good idea to insulate management? Is it a good idea to allow them to sit there like the three monkeys – ‘see no evil, hear no evil and speak no evil’? How’s that going to help you run your company better?” Welsh continued her defence on these lines saying that the proposal process gives management and boards a line to public opinion, and allows them to test the importance of an issue with the rest of its shareholders.

“The CHOICE Act is not only anti-democratic, it’s also anti-capitalist”

“It’s not just a way of responding to individual stockholders but a way to put a finger on the pulse of all the stockholders; for them to be able to figure out whether they should pay attention to an issue or not.” She also noted that the non-binding form of resolutions gave companies flexibility in testing with stakeholders how they were going to respond to a resolution. “It’s an opportunity to get brownie points, which can make the company’s brand look good.”

I tried playing devil’s advocate and put forward the idea that if there were no more resolutions, shareholders and companies would just find other ways to talk to each other. I noted the Conference Board meeting that Welsh had already mentioned. Why can’t shareholders just call companies to raise issues? But Welsh continued to defend the process. “Formal regulation levels the playing field for market participants. And in this case, if you want to go to the dance, you have to have a ticket. At the moment, the ticket costs $2,000. There here may be some justification for raising that a little, since most proponents have much more than that.”
Then I brought up the fact that Vanguard and Blackrock never file shareholder resolutions, in fact rarely support them, yet they claim to have enormous influence on companies’ policies through dialogue and engagement. If they change the law on shareholder resolutions would that not just initiate a different kind of dialogue that wasn’t adversarial but rather cooperative?
Welsh’s response to this was tripartite, focused on: “I think business leaders may want to be careful what they wish for.” She said: “If the CHOICE act were to pass, and it became impossible for shareholders to propose resolutions, investors are not going to stop being concerned about public policy issues. This concern will squeeze out somewhere else. It may squeeze out in a way that is less palatable to management. It might emerge as litigation, which is a lot more expensive than a few thousand dollars spent to file a No Action letter. Another option is hard law, which could result from investors pushing for substantial regulatory change. It’s not likely in the current Congress but could happen in the future. Finally, if you don’t have these relatively informal processes to prompt change, change will happen in other ways, ways over which companies may have less control than the current shareholder resolution process.”
Don’t say you haven’t been warned.