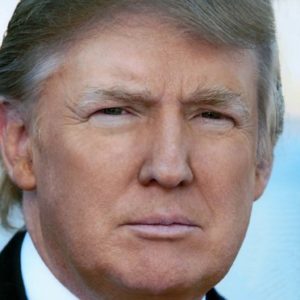 President Trump signed a pair of executive orders at a training center for petroleum industry workers near Houston last Wednesday.
The aim was to expedite oil and gas pipeline projects – and limit the ability of retirement funds to pursue environmental or socially progressive investment strategies.
The first order directs the Environmental Protection Agency (EPA) to amend the Clean Water Act to limit states’ authority to block fossil fuel projects, the Transportation Department to update rules for natural-gas transportation and the Labor Department (DOL) to examine whether retirement funds with ESG agendas are not fulfilling their fiduciary duties.
The second order removes the Secretary of State’s authority over environmental reviews on pipelines that cross international borders and gives that power to the president. Trump had already signed an executive order attempting to kickstart the Keystone XL pipeline which remains mired in challenges.
The deadline for Labor Secretary Alexander Acosta to do this was 180 days from the order, i.e. October 6.

Not surprisingly, the ESG community was up in arms.
Andrew Behar, CEO of shareholder advocacy group As You Sow, said in a statement: “In deep denial of the world’s movement away from fossil fuels toward clean energy, these executive orders not only violate states’ rights and threaten citizens’ health, but use precious resources attempting to lock in outdated energy sources and the greenhouse gas emissions they produce.

“A far better use of the administration’s energy would be to support American innovation and create jobs by leading the world toward a low-carbon economy.” The press release also notes the “growing body of evidence showing that environmental, social, and governance (ESG) issues are indeed fundamental to the financial success of a company”.
States and NGOs immediately signaled their opposition to the orders and their determination to challenge them in the courts.
In an interview with RI, Danielle Fugere, president of As You Sow, said: “The DOL sets guidelines for companies’ 401(k) [defined contribution retirement plans] offerings, but we’ve done some research and most 401(k)s have few if any ESG options. In fact, that’s something we’ve been trying to change. Beyond that, the ERISA [Employee Retirement Income Security Act] determination may influence the way other fund managers view their fiduciary duties.”

Fugere noted that there had been a lot of different guidance from the DOL to ERISA funds.For example, guidance for ERISA funds released under President Bush put shareholder returns as funds’ primary fiduciary duty.
Then guidance under Obama amended that to say that, yes, returns are primary, but ESG issues can affect those returns. Then the Trump administration came out with guidance saying you have to focus on returns and you should be very careful about considering ESG issues. “There have been so many studies finding that positive ESG performance reduces risk and can even provide alpha [market outperformance] that it would be difficult for the DOL to change its position further on this.”
Asked if she thought the DOL could take action to prevent public pension funds from pursuing an ESG agenda, Fugere said: “Could the DOL take action to prohibit or reduce voting for proposals or engaging with companies?
“It would be very difficult for the DOL to justify such an outcome or prove such activities waste money or do not result in improved company outcomes. I believe that the intent of the Trump administration’s Executive Order is to curtail public pension fund activity on social and environmental issues,” she continued.
“While that may be where the DOL lands, it is a federal agency, and it must justify and find evidence for such action. If it did prohibit engagement, voting, and/or shareholder resolutions on environmental issues there would likely be a lawsuit challenging such a decision.”
She noted that the Trump administration was clearly frustrated at the lack of progress on fossil fuel projects and at investor activity asking oil and gas companies to address climate change and transition to compliance with the Paris climate agreement, “but whether that translates into direct action by the DOL is another issue,” she said.
The day after news of the executive orders came out, As You Sow also announced that it was coordinating a group of more than 50 investors representing more than $60 billion in assets under management who had sent a letter to every member of Congress to encourage support for the Green New Deal.
“To address the systemic issues driving climate change, and to avoid global catastrophe,” said the release, “the Green New Deal Resolution recognizes the need for bold, comprehensive change at the scale and pace required to protect human health, the environment, and a strong and vital economy.” Behar added: “With this letter, investors are showing strong support for bold federal action to accelerate the US transition to a clean energy economy as we create jobs and rebuild failing infrastructure.”