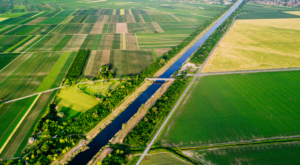 HSBC has continued its push into nature-based investing with the launch of the first ever major biodiversity benchmark.

The financial services giant set up what it claimed was “the world’s largest dedicated natural capital asset management company” in August, through a joint venture with specialist investor Pollination. Now, it has turned its attention to passive investors with the creation of the “first investable biodiversity screened benchmark indices based on a broad range of equities”.

The products have been developed in collaboration with Iceberg Data Labs, an ESG fintech firm part-owned by AXA Investment Managers, Natixis IM and its affiliate Mirova, Sienna Investment Managers and index provider Solactive. Iceberg has been working with a number of investors in recent years on the creation of data and assessment tools for biodiversity.

When asked about companies included in the new biodiversity indices, a spokesperson for HSBC said Alphabet and Walt Disney were part of the Euronext ESG Biodiversity Screened World Index.

The spokesperson acknowledged that assessing firms' biodveristy impacts was "not easy" given the lack of credible disclosure on the topic. "That is why TNFD is key to developing a framework around greater disclosure of company biodiversity footprints," he said, referring to the  Taskforce for Nature-related Financial Disclosures (TNFD) – of which HSBC is a member – that plans to provide a framework for reporting nature-related risks by 2023.

“For the Euronext ESG Biodiversity Screened Indices themselves, Iceberg Data Lab uses available data (both at a company and sector level) and their analysis to calculate a company’s impact on nature,” he added.

HSBC did not disclose whether HSBC Pollination Climate Asset Management expected to use the benchmarks as part of its commitment to create a range of nature-related investment funds.

At the COP26 climate summit this month, more than 100 world leaders pledged to end and reverse deforestation by 2030.

Figures from Greenpeace Brazil show that there was 21.97% increase in the deforestation of the Amazon this year compared with 2020 – the highest rate of deforestation since 2006.

Yesterday, a joint report from EY and the Australian Council of Superannuation Investors suggested that biodiversity loss will wipe up to A$27bn (€17bn) from the Australian economy annually by 2050, presenting a material financial risk to investors and companies.