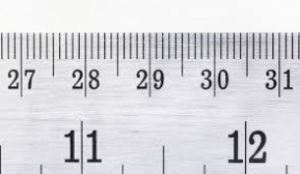 The EU taxonomy will be a “living” list of all economic activities that can genuinely be considered environmentally sustainable; defining and providing a common understanding of what is green.
Multiple classifications and interpretations of what is green co-exist today in the public and private spheres. It is not uncommon for a financial institution to have as many taxonomies as it does business units developing green financial products. Some might include conventional gas as a transition energy source, or flaring systems that reduce emissions to the environment. Others would include neither in an environmentally sustainable fund. The lack of reliability and standardisation is the reason why many, particularly in the retail market, remain sceptical about what lies beneath financial products marketed as green.
The idea is simple. For an activity to be eligible, it needs to demonstrate that it makes a substantial contribution to one of the European Union’s six environmental objectives (climate change mitigation; climate change adaptation; water and marine resources; circular economy; waste prevention and recycling; and pollution and healthy ecosystems), without having a detrimental impact on any of the other five. The European Commission’s Technical Expert Group on Sustainable Finance (‘TEG’), takes guidance from existing EU legislation, policies and goals. It bases the development of the taxonomy on the NACE codes, the European industry standard classification system. The group defines thresholds for the eligibility of activities according to metrics such as carbon intensity (gCO2/kWh) based on the best science available, withreference to existing recognised standards but balancing this against practical needs. By developing an EU taxonomy, the European Commission aims to develop a “universal understanding” on what is genuinely environmentally sustainable shared by scientists, governments, industrialists and citizens. It will, like the metric system did in its time, foster science, innovation and industrial growth.
In the 17th century, Europe was divided by the use of innumerable measurement systems, with each country using its own traditional units. Often, multiple systems would co-exist within the same country.
John Wilkins, a natural philosopher, understood the benefits that a “universal measure” shared by all nations and within nations could bring to science and industry. He developed a single, rational standard based on the best science of the time. His idea was buried with him. It was not until more than a century later that French scientists re-evaluated his ‘universal measure’ and implemented a practical version of “the metric system”. ‘Metre’ was named after the Greek translation of universal measure.
The new system was not warmly welcomed at the time. Everyone concentrated on the short term pains of adopting the “universal measure” rather than on its long-term benefits. But by the end of 19th century the utility of the metric system was widely recognised and became the official measurement system across almost all of continental Europe. It would not take much longer for it to be recognised as the international standard of measurement.
The development of the taxonomy has equally spurred not a few criticisms. Detractors argue that it will translate into higher costs, inefficiencies and a possible
obstacle for industry and finance as it will impose further restrictions. Easy access to a company’s breakdown of turnover by activity according to the classification provided by the taxonomy is fundamental. In the case of projects or use of proceeds, the equivalent information should be disclosed to investors but most companies don’t provide such detailed information, so data availability remains probably the greatest hurdle to the fast implementation of the taxonomy. With this in mind, the climate-related disclosures guidelines that will upgrade the Non-Financial Reporting Directive (NFRD) also developed by the TEG, specifically encourage companies to provide their turnover broken down according to the taxonomy’s classification. But encouraging is not the same as making mandatory. This is why we, as an investor committed to aligning our portfolios with the Paris Agreement, are calling for the upgraded guidelines to be made mandatory. We will leverage our power as shareholders to encourage the companies we invest in to disclose the necessary information.
The guidelines also recommend that companies disclose their capex investments in activities compliant with the taxonomy. This forward-looking indicator will help investors to better assess companies’ future performance and identify those that will have a competitive advantage in an environment of ever-stricter carbon regulation.
It is crucial to understand that, as with the adoption of the metre, there will be a period of transition. The taxonomy will not be implemented overnight.Companies will need to upgrade their reporting systems, and investors and other financial market participants will have to progressively replace their current classifications with the taxonomy.
Another precondition for the success of the taxonomy is to ensure that it is dynamic, integrating all advancements in green technologies. As with the Paris Climate Accord, almost more important than the first version of the taxonomy is the process put in place to “ratchet it up” and constantly update it.
To ensure its evolution, the Commission has proposed the establishment of a Platform for Sustainable Finance that would promote the taxonomy within and beyond European borders and be responsible for overseeing, updating and assessing the taxonomy and its impact on the economy and the environment.
Once implemented, the taxonomy will reassure institutional and retail investors while saving them time and resources in the medium and long-term. It will provide, like the metric system did at the time, a clear direction of travel to companies involved in these activities, encouraging R&D in veritable green technologies and rewarding those that make efforts to green their activities. It will enable the measurement of private and public, national and international capital flows to environmental activities within and beyond Europe. A standardised, science- and evidence-based taxonomy will dissipate widespread fears of greenwashing and, more importantly, it will foster investments where they are most needed.

Note: The legislative proposal of the taxonomy is currently being negotiated. While the European Parliament reached an agreement on March 28th, the Council has not. Most analysts assert that the final text will not be approved until autumn in the light of coming elections, although an agreement cannot be discounted.

Discussion on the implications of the EU Taxonomy is one of the plenary sessions at this year’s RI Europe 2019 Conference in London on June 11/12. Don’t miss it. Click the following link for the conference agenda.