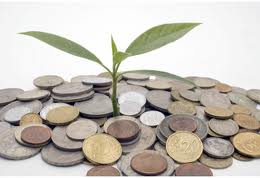 Six of the UK’s largest local authority pension funds have announced the three impact investment fund managers for UK projects that will run a pool of £152M under the Investing4Growth (I4G) initiative, one of the largest impact investment commitments in the world by a group of institutional investors.
The funds making commitments ranging from £1m to £20m in size are the Greater Manchester Pension Fund, West Yorkshire Pension Fund, South Yorkshire Pension Fund, Merseyside Pension Fund, West Midland Pension Fund and the East Riding Pension Fund. Bridges Ventures, the London-based specialist impact-driven fund manager, has picked up the lion’s share of the assets, winning a total of £112m from the pool across three of its funds. The Bridges Ventures Property Fund will run £105m, while its Social Impact Bond Fund and its Social Sector III Fund have both been handed £3.5m each to manage. Boost & Co, the London- and Paris-based impact manager, which focuses on lending to European small- and medium-sized companies, has been handed £25m to run in its Industrial Lending Fund 1. Midven, the Birmingham-based venture capital manager, which funds on financing both early stage and small and medium sized growth companies, will manage £15m in assets from the pool in its AM&M Fund.
Investing4Growth (I4G) is an asset owner initiative of some of the largest member funds of the Local Authority Pension Fund Forum (LAPFF). Theinitiative grew out of a LAPFF report titled ‘Investing for Growth Report’ in November 2012, conducted by the Centre for Local Economic Strategies in partnership with PIRC, the London-based proxy advisor, and published by the Smith Institute. Via the report, the pension funds sought to identify the extent of UK impact investment opportunities that met their return and risk criteria. Thirty three submissions were received for the mandates from twenty eight asset managers, which were initially shortlisted by PIRC. The programme had initially earmarked a target allocation of £250m, but the funds said there were no immediate plans to repeat the initiative, although they said ‘challenges’ such as investment strategy alignment and education around impact investing would be part of future discussions. Councillor Kieran Quinn, Chair of Greater Manchester Pension Fund said: “I am pleased that we have shown through this initiative that opportunities exist for pension funds, but recognise that challenges remain to be overcome if impact investing is to be established as a suitable institutional investment opportunity. My fund has taken meaningful steps to develop the expertise and experience necessary to make impact investments. A number of funds want to continue to work together on developing a joint approach to further impact investments and we will be considering our options later in the year. We will continue to share our experiences and work with other like-minded funds.”