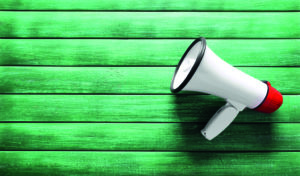 The EU is considering creating a green bond standard to offer an official ‘stamp of approval’ for transactions in a bid to avoid greenwash, reduce reputation risks and clarify issuer expectations to spur on market growth. It will be heavily based on the new EU Taxonomy, which outlines investments that credibly support climate and environmental goals.

But, in response to a consultation on the proposals, ICMA said that the EU’s plans to incorporate the taxonomy’s Do No Significant Harm (DNSH) criteria  ̶  meaning eligible activities must not undermine other environmental EU objectives  ̶  and social safeguarding rules, risked introducing significant due diligence costs that could make green financing less viable, particularly for smaller projects.

A recent survey of large EU firms by the German government found while around a third of revenues in major European benchmarks were derived from economic activities identified as sustainable by the new taxonomy, alignment dropped to around 2% of revenues once DNSH and social safeguards were considered

Additionally, ICMA said assessing compliance with social safeguards, such as a minimum requirement to be aligned with the International Labour Organisation’s (ILO) declaration on Fundamental Rights and Principles at Work, could require “significant judgement”, considering that many countries had not signed the ILO declaration.

Requiring “full compliance” with the EU taxonomy for projects outside of Europe will limit EU Green Bond issuance, said the body. ICMA suggested that regulators could work with international partners to establish the taxonomy’s “equivalence” in other jurisdictions.

The feedback from ICMA will be considered by the European Commission, which is still exploring the possibility of passing legislation to formalise the EU GBS. A decision will be made based on the outcome of the consultation, which ended last week.

ICMA also responded to a suggestion by the Commission to establish a separate EU Social Bond standard, saying that the Commission might instead look into creating “targeted complementary official EU guidelines, for example on social project categories and target populations with which issuers could choose to align”.

“We generally recommend that the EU should only seek to develop sustainable product standards in the financial markets where there is…no market-supported standard and documented evidence of market dysfunction,” the organisation said. It suggested that the EU could support social bond issuance by aligning EU bonds with the Social Bond Principles, an existing standard also issued by ICMA.

There have been concerns from some corners that the ambitious standards and rules being introduced by European regulators on sustainable finance, such as green bonds, climate disclosure and ESG data, could render existing standard setters redundant.

Separately, European market regulator the European Securities and Markets Authority (ESMA) reiterated its belief that it is “necessary” to regulate the third-party reviewers that assess the compliance of green bonds against the EU GBS. This will “ensure consistency and cost savings for both GBS users and external reviewers, and it will avoid market fragmentation in terms of regulation and supervision,” ESMA said.

The regulator said it supported the “the development of a ‘social’ EU Taxonomy as a prerequisite” to underpin future standards.