Responsible Investor
Home Asset classes “If an asset manager says ‘invest in our fund and become a...
Return to search
Hot Topics 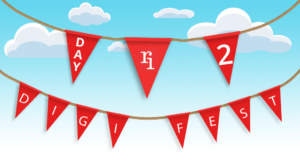 Concerns over asset manager claims on the positive environmental impacts of financial products was raised on yesterday’s plenary by Jakob Thomä, Director at 2Dii Investing Initiative, who pointed out the need for regulators to treat such claims in the same way they do those on financial performance, which are tightly regulated.

Thomä also said 2Dii is surveying over 100 investors in Switzerland on their positions on various Swiss climate policies. He described a “big disconnect”, whereby investors talk about how they are integrating climate change into their strategies but “don’t have a view on the Swiss government’s carbon policy”.

The EU looks to social issues in its Renewed Strategy

In yesterday’s keynote, Martin Spolc, Head of Sustainable Finance at the European Commission, said the current coronavirus crisis “has taught [the Commission] that we should be looking more at the social aspects of our sustainability strategy, as well as the governance aspects”.

“We need to make sure that the whole system, not only the financial system – the whole economic system and the business strategies of companies – are more resilient and more sustainable,” he continued, adding that this will be in part addressed by plans to introduce a pair of rules for companies next year on sustainability. This includes a requirement for companies and boards of directors to consider their responsibility and license to operate in relation to human rights and environmental sustainability; and the consequent need to comply with those duties and disclose fully on such topics. The plans will mirror the existing rules for investors, Spolc pointed out.

Kristian Hartelius, Head of Quantitative Strategies at Swedish pension fund AP2, revealed that it had engaged with the Brazilian government on its protection of the Amazon and its environmental policy.

He also said AP2 wants to engage as a bondholder on ESG, and that it had started to do so with sovereign issuance – it had a positive experience engaging on a potential South African sovereign green bond, where it explained such a product would have a higher weighting in its benchmark. He described this as “a non-intrusive way to engage on ESG”.

Mitch Reznick, Head of Research and Sustainable Fixed Income at Federated Hermes, said its ESG engagement overlaps with its equity team and they collaborate on engagement. “The lead engager for the high-yield fixed-income fund and the engagement team around him are also voting at AGMs. That is a powerful message to send to companies: we are representing a fixed-income portfolio worth millions of dollars back here, and we will be voting at AGM on behalf of them.”