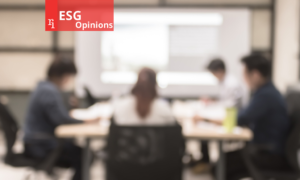 Since 2016, sharp-eyed investors have become increasingly alert to the reasons behind governments’ failure to stay on track with the goals set by the Paris Agreement: powerful industry lobbyists strategically blocking and delaying progress on much-needed policy responses to climate change.

A vanguard group of these investors has spearheaded an engagement program that asks companies they invest in to review their links to industry associations opposing climate policy. Initially concerned with the role of a network of highly regressive industry groups representing the Australian mining industry, the group first targeted BHP in 2017, shortly followed by Rio Tinto.  This engagement process has since produced reviews of over 15 major global corporates (including Anglo American, Shell, and BP ), with many more expected in 2020.

This hard-earned positive momentum faces its challenges.  Careful fact-checking of these reviews and the actual performance by the companies on shifting their industry associations’ lobbying is critical.  This is to avoid rewarding disclosures that are poor quality at best, or, more concerningly, represent misleading PR by companies looking to avoid robust scrutiny.

All Talk, No Walk:

Conscious of their increasing notoriety for regressive climate lobbying, influential industry associations such as the US Chamber of Commerce (US Chamber) and the Minerals Council of Australia (MCA) have begun producing positive top-line statements on climate change.  The intent is to show that they have turned a corner on their anti-climate lobbying.  InfluenceMap tracks and analyses these industry groups’ lobbying at the level of detailed policies and regulations, and the evidence demonstrates that in contrast with these top-line statements, there has been minimal progress in reforming their anti-climate lobbying.

Since 2016, the US Chamber has been successful in aggressively lobbying the US Administration to unpick the major policies that constituted the US’s pledge under the Paris Agreement.  In February 2019, the Global Energy Institute – the arm of the US Chamber dedicated to energy policy –  testified to the US House of Representatives that Obama’s Paris pledge of a 26-28% reduction from 2005 GHG levels by 2025 was unrealistic.  By the time of the US Chamber’s seeming U-Turn to ‘support’ the April Agreement in April 2019, the Trump administration had already near finalized its decision to back out of Paris.  This example illustrates the sophistication of climate policy engagement at present and the need for vigilant fact checking of top line positivity combined with tactical negative lobbying.

These public top-line statements on climate, which are becoming something of a trend amongst industry lobby groups that are increasingly in the spotlight, appear to be little more than a PR tactic to distract attention from previous and continued anti-climate lobbying, intentionally misrepresenting their climate agenda to interested stakeholders.

BHP and Rio Tinto, both of which retain links to a network of regressive climate lobbyists including the Minerals Council of Australia, US Chamber, and the American Petroleum Institute, were first asked by their shareholders to review and address the issue of industry associations’ regressive climate lobbying nearly three years ago.  BHP has since released two reports on the subject, with Rio Tinto releasing three.

To assess the progress that companies have made, InfluenceMap has devised a framework to analyse company’s assessments of lobbying groups on climate, based on the investor expectations articulated by investor representatives such as the UN-backed Principles for Responsible Investment, the Institutional Investors Group on Climate Change and Ceres.

Applying this framework to BHP and Rio Tinto, the analysis shows that neither company has fulfilled investor expectations. This is partly due to the almost non-existent progress in the anti-climate lobbying activities of key groups such as the US Chamber or the Minerals Council of Australia.  Of greater concern is how the assessment indicates that BHP and Rio Tinto have cherry-picked the data points used in their ‘alignment’ evaluations to deliver a more successful result than would have been the case otherwise.

Rio Tinto, for example, recently determined that it is aligned with the US Chamber on climate, using the organisation’s 2019 climate statement to justify this but ignoring the substantial ongoing evidence of the US Chamber’s anti-climate lobbying activities.  A similar pattern can be observed with BHP’s handling of the Minerals Council of Australia.

Last week, after a prolonged review,  BHP also announced that it would remain a member of the New South Wales Minerals Council, another group that has opposed Australian climate policy while championing coal, again leaning heavily on a new top-line climate statement to justify this.

These new top-line, Paris-friendly climate statements equate to just one recent data point in an association’s lobbying track record.  The numerous other evidence pieces, however, paint a far more troubling picture of their positions towards Paris-aligned climate policy.

Instead of companies limiting their reviews to industry associations’ PR statements, far more robust and transparent disclosures are needed from companies to understand the true level of progress being made to reform regressive climate lobbying practices.

InfluenceMap’s framework for deep-dive assessments was devised with the intention of it being used, applied, and evolved by investors engaging with companies for this purpose.  We welcome all comments and feedback as we continue to develop it. 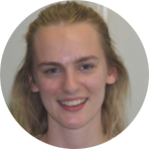